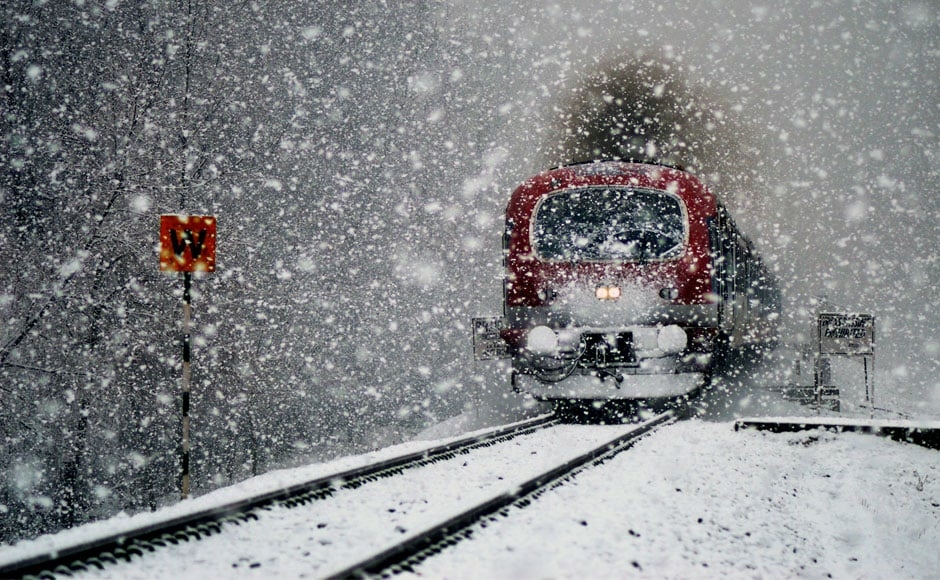 SRINAGAR: Train service from Baramulla to Banihal has been suspended following heavy snowfall in the valley.

“Heavy snowfall occurred over Baramulla-Banihal section of Kashmir valley during night. It still continues. Besides this metrological department has predicted `heavy to very heavy snowfall’ for today. Hence keeping in view any untoward incident and safety of trains and passengers, train operation on his section will remain suspended on Saturday,” said Indian Railways.

For the last four days, traffic on Srinagar-Jammu national highway has been suspended following landslides and slippery roads. Fresh landslides occurred at Sitaram and Cafeteria area on Friday evening which hampered the road clearance operation. Nearly 250 truck and 45 passenger vehicles are stranded on the highway.

Earlier, Director, Airports Authority of India, Srinagar, Kuldeep Singh told The Kashmir Monitor that they have 37 scheduled flights on Friday.

“Out of which, 22 have already operated and the remaining 15 flights will operate on schedule subject to weather,” Singh said.

MeT said the weather system may affect surface and air transportation, mainly on Saturday. “It may cause avalanche/landslide in vulnerable spots.”

MeT has urged people not to venture into avalanche-prone areas and follow traffic advisory.