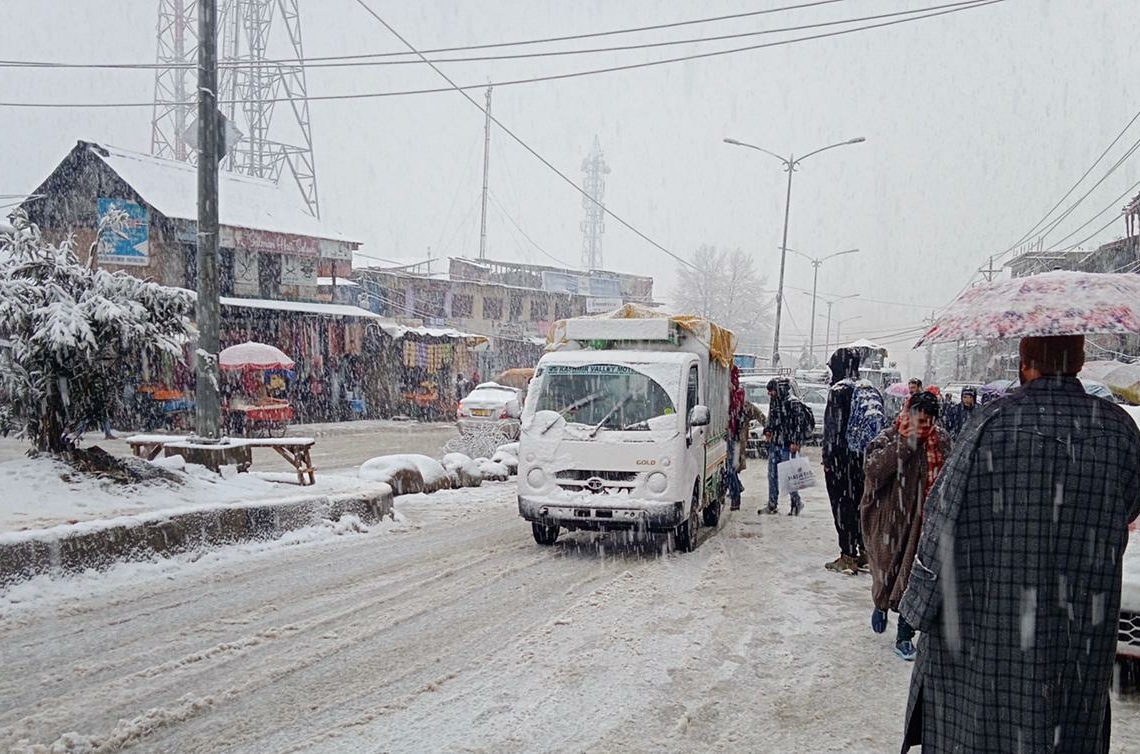 Srinagar, Jan 7: Light to moderate snowfall started in many parts of the Kashmir on Friday evening after the Meteorological Department (MeT) forecast heavy to very heavy rain and snow during the next 48 hours.

As per the reports, snowfall has begun across Kashmir.

“Expect further increase in rain/snow intensity as the day progresses with main intensity of heavy to Very heavy rain/snow during 7th (night) and January 8th,” he said in a statement . “There would be gradual improvement from January 9th Morning onwards in J&K.

There are four types of colour codes signifying the level of caution: green which means no action, yellow—situation to be watched), amber –government agencies need to be prepared for severe weather and red –action needed by the agencies.

The MeT Official said the weather system may affect surface and air transportation, mainly on Saturday. “It may cause avalanche/landslide in vulnerable spots.”

The MeT office has urged people not to venture in avalanche prone areas, follow traffic advisory seriously as well as maintain proper ventilation of their rooms.

The summer capital of J&K, he said, recorded a low of 2.6°C against previous night’s 0.3°C. It was 4.5°C above normal for this time of the year in Srinagar, he said.

Kashmir is presently under the grip of 40-day long harshest period of winter, known locally as ‘Chillai Kalan, which started from December 21. It is followed by a 20-day long ‘Chillai Khurd’ and a 10-day-long ‘Chilla Bachha’.

Gulmarg, recorded a low of minus 5.5°C against minus 3.4°C on the previous night at the world famous resort, he said.

Qazigund received 4.6mm of rain in the last 24 hours while the gateway town of Kashmir recorded a low of 0.4°C, same as witnessed on the previous night, he said.

Pahalgam, the famous resort in south Kashmir which had 0.4cms of fresh snowfall recorded a low of minus 0.4°C against minus 0.8°C on previous night, he said.

“Intensity set to increase as the day progresses with main activity tonight and tomorrow (Jan 8) leading to heavy Rain/snow in J&K.”