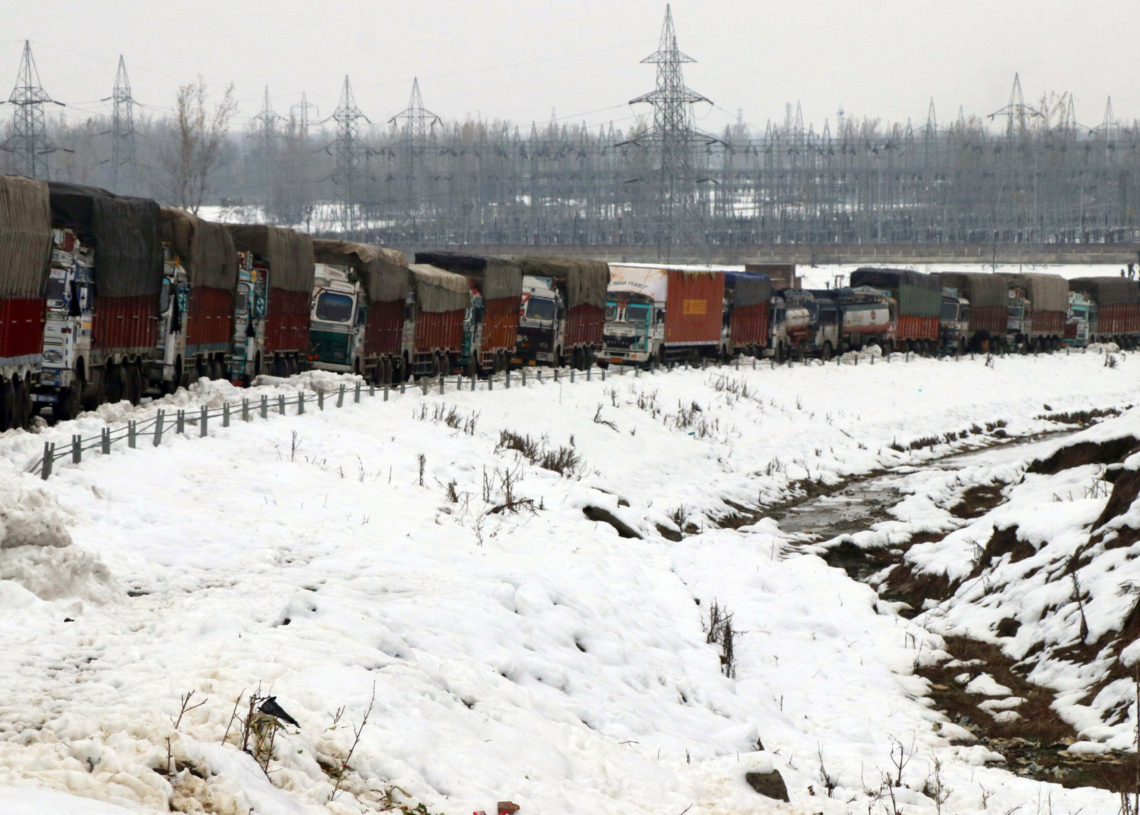 SRINAGAR: Hundreds of vehicles have been stranded after shooting stones and landslides blocked the Srinagar-Jammu National highway.

Traffic Control Room, Ramban, said the road was closed at 12.30 pm on Wednesday after snowfall triggered shooting stones and mudslides at different places between Chanderkote and Ramban.

“Shooting stones have occurred at Nashri. Landslides are continuously occurring near Cafeteria. Roads are slippery at Flyover. Traffic has been suspended on the highway from 12.30 pm yesterday,” said a traffic police official.

Traffic police issued a fresh travel advisory during people not to plan any travel on the highway without confirming the road status.

“Vehicular movement on Jammu-Srinagar national highway may remain suspended In view of heavy rain shooting stones and slippery road conditions on Thursday. People are advised not to start their journey without confirming the status of the road,” J&K traffic police tweeted.

Historic Mughal Road too has been closed due to heavy snowfall. Srinagar-Leh highway was also closed for traffic. “No traffic movement shall be allowed on Kishtwar Simthan road in view of snow accumulation,” traffic police said.

Snowfall has disrupted both vehicular and air traffic from Srinagar. Scores of flights to and from Srinagar were canceled due to poor visibility and snowfall.

Chaos was witnessed at Srinagar airport as hundreds of passengers jostled to check in only to know that the flights have been canceled.

Scores of the tourists, whose flights got canceled, have been accommodated in the hotels either on discounted rates or free of cost.

“I have almost 40 rooms in my hotel. We have accommodated tourists who are stranded due to the flight cancellation. Those who can afford have been offered a 50 percent discount. Some are given free food and accommodation,” said Wahid Ahmad Malik former president of Kashmir Hotels and Restaurant Association, who owns Hotel New Park in Srinagar.

The right bets and strategy selection for newcomers to online casinos