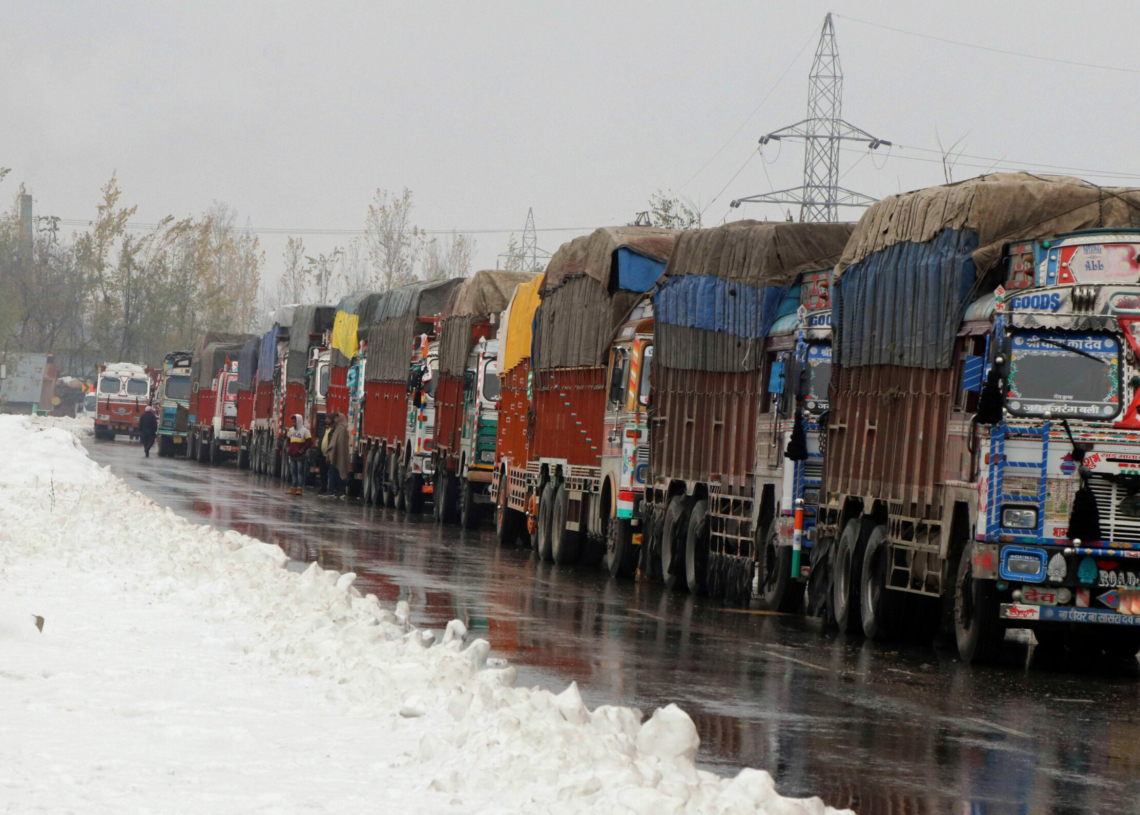 SRINAGAR: Srinagar-Jammu national highway has again been closed for traffic after fresh landslides occurred at different places, though 1000 stranded trucks from the valley have been cleared.

Traffic was briefly restored on Thursday evening and the Jammu bound trucks were allowed to pass the vulnerable stretch. Nearly 1000 trucks from the valley were able to cross the landslide-prone areas before the road was closed again.

Traffic Control Room, Ramban, said most of the trucks have been cleared from the highway. “Only a few trucks are stranded on the highway. The road is blocked,” said an official.

Flight operation resumed at Srinagar airport after visibility improved on Thursday. “We had 45 scheduled flights today. Our operations were delayed due to adverse weather and low visibility. We were able to operate 35 flights and 6 were canceled. We are grateful to our passengers for showing utmost understanding and cooperation in these days of natural calamity,” Srinagar Airport tweeted.

Earlier, snowfall had disrupted both vehicular and air traffic from Srinagar. Scores of flights to and from Srinagar were canceled due to poor visibility and snowfall.  Chaos was witnessed at Srinagar airport as hundreds of passengers jostled to check-in.

“Currently, weather is partly cloudy at most places of JMU & Cloudy in Kashmir. NO report of any Rain/Snow.    Another Spell of Intense Precipitation is most Likely during Friday evening. Gradual Improvement from Sunday morning onwards in J&K,” Srinagar MeT Center said.

IMD said surface and air transportation may be affected. “It may cause avalanches and landslides in vulnerable spots.    People are once again requested not to venture into avalanche-prone areas. Our data shows that most avalanches are triggered during intense heavy snowfall. Traffic advisory should be followed seriously,” MeT said.