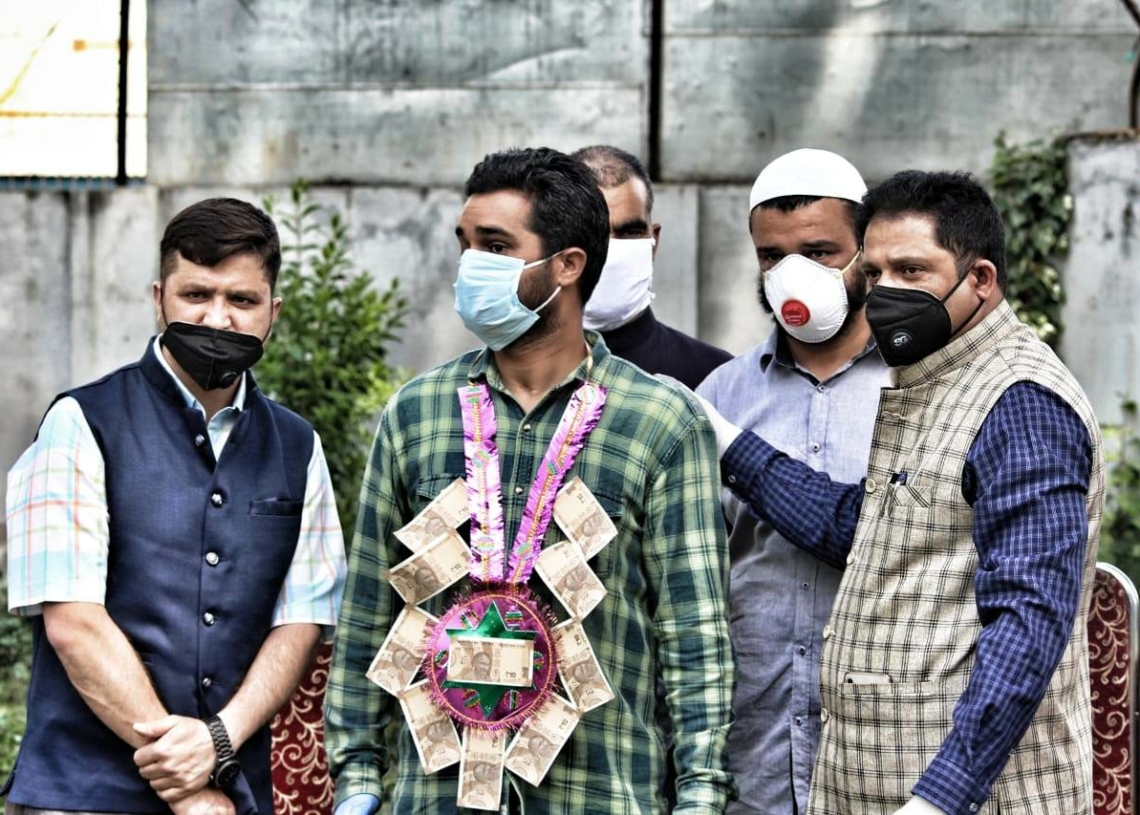 In this photo, Dy Mayor and his confidantes click photos with a safai karamchari with Rs 100 money garland. It is clearly seen that the poor worker doesn't have a proper mask while others have N95 masks on (SMC Photo)

But what was interesting to note in the photo shared by the SMC was a safai karamchari wearing a simple Rs 10 mask while his seniors including the Deputy Mayor, Chairman, Health and Sanitation, Tanveer Ahmad Pathan and Corporator Habbak, Mohammad Saleem Lone donning the N95 masks

Wait there is more. A closer look at the photo shows the poor safai karamchari turned into a PR item with a Rs 100 money garland around his neck. Yes, just 10 notes of Rs 10 all stapled to the garland.

Praising the efforts of Safai Karamcharis during the COVID-19 pandemic, Qadri called them unsung heroes and said there work needs to be appreciated and respected.

It would have been great if the safai karamcharis, who are already meagarly paid, were respected and appreciated in a more suitable way.

The PR stunt happened on a day when another corporator’s brother, who concealed his travel history, was declared positive for COVID-19.

The brother of the Corporator in Kawdara after arriving in the Valley had concealed his travel history and was living with his family. The corporator knowing all of this still put people’s lives in danger by carrying out several sanitation drives along with top guns of SMC.

Sources said that it were neighbours who informed district administration Srinagar about the person. He was put in quarantine on April 28 and tested positive on Friday.