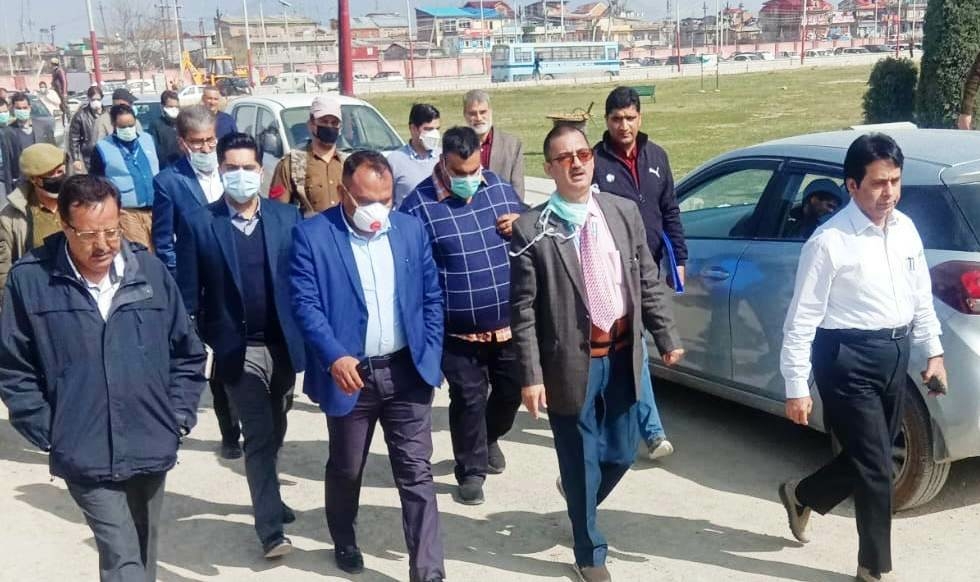 Srinagar, Mar 23: Jammu and Kashmir government has decided to convert 11 major hospitals into COVID-19 sanatorium to treat the suspected patients away from the public gaze.

The newly constructed IPD blocks in the District Hospitals of Ganderbal, Pulwama, Shopian, and Kupwara will also be used for stepping up isolation beds, the spokesman said.

The decision was taken in a review meeting which was chaired by Financial Commissioner, Health and Medical Education Department Atul Dulloo.

“The government has decided to close routine activities in identified hospitals and converting others into isolation and quarantine facilities to face any eventuality”, the spokesman said.

The government has also decided to utilize the services of NHM/ISM doctors and Mid-level health providers (MLPs) from Health and Wellness Centre to augment the manpower on the ground.

“The meeting also decided that the walk-in-interview for the medical officers by the National Health Mission should be expedited on an urgent basis”, he said.