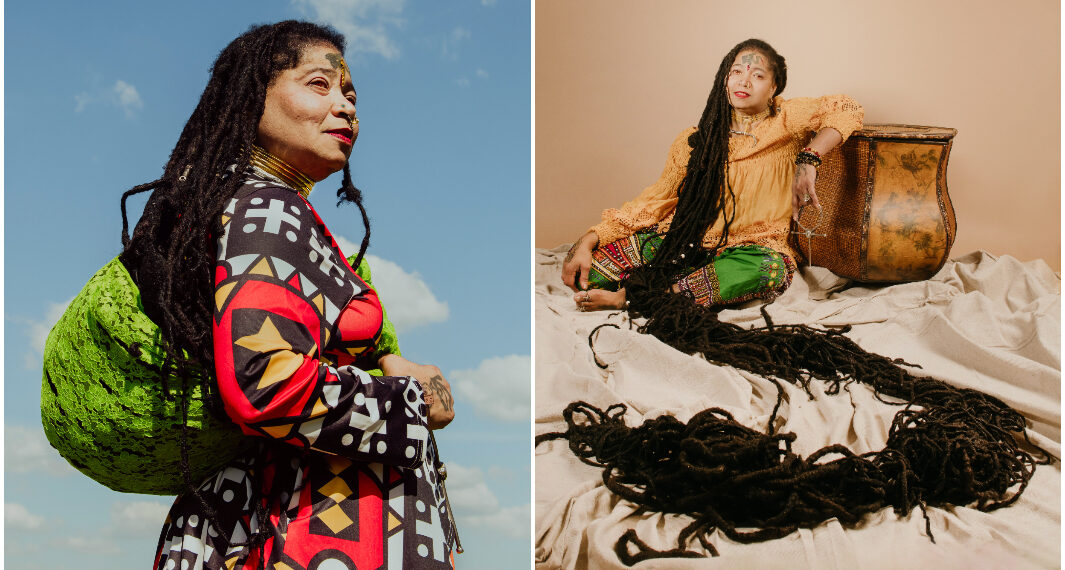 A 60-year-old woman has set a new Guinness World Record for the longest dreadlocks (locs) in the world.

She began growing out her lovely locks over 40 years ago and got her first reward for the record for longest locks in 2009. Almost 14 years later, she still maintains her dreadlocks.

“I don’t like the term dreadlocks because I don’t think there’s anything dread about my locks. I refer to my hair as my royal crown of locs or my cobra,” Mandela told Guinness World Records.

Asha said the process of growing her locs was always part of a spiritual quest to change her life.

“When I was growing up, I had absolutely no idea of the whole origin of dreadlocks or Rastafari. I started having dreams of what others may refer to as visions, where the huge cobra would appear before me and start talking to me; let me know that I’m the chosen one,” she said.

She carries her hair in a cloth sling to prevent it from dragging on the ground.

As for grooming and maintenance, Asha’s husband washes her hair once a week with up to six bottles of shampoo. The drying ends in two days.

“If you don’t water it or feed it some fertilizer or something, it’s probably going to die or not flourish properly,” she said.