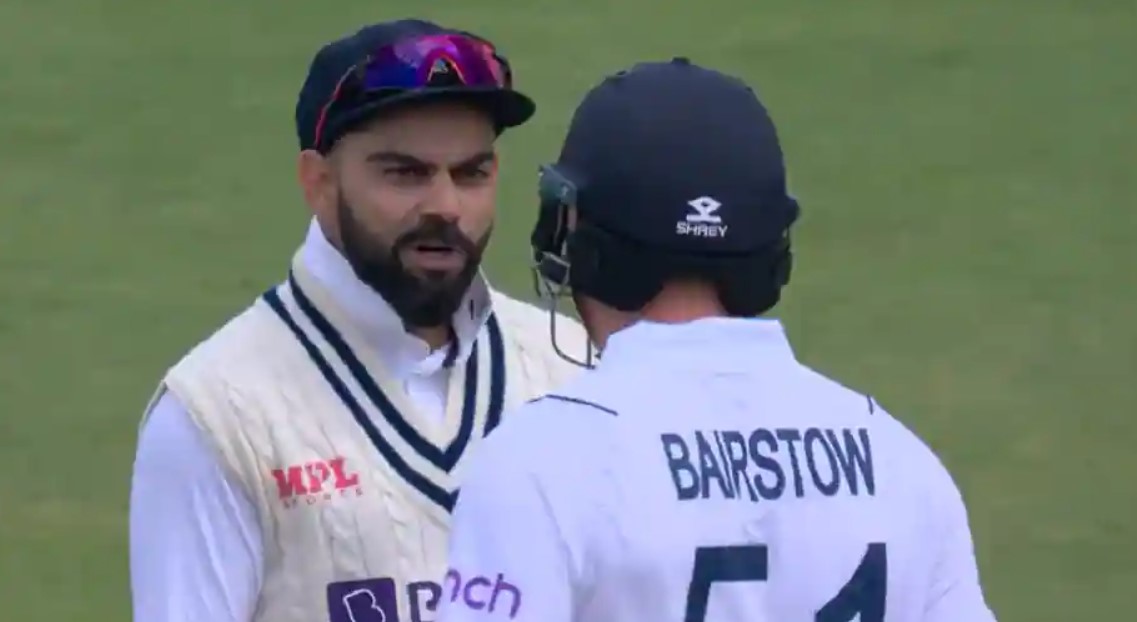 Sledging returns to Cricket with vengeance.

Virat Kohli and Jonny Bairstow entered into a heated conversation on the field during the third day of the test match.

Soon after the third day’s play, both cricketers exchanged a few words.

During the 33rd over, when Jasprit Bumrah was bowling, Kohli was heard saying, “Shut up. Just stand and bat” to Bairstow.

On-field umpires had to step in and Kohli was seen speaking and having a conversation with the officials.

On his way back to the slips, the former India skipper looked furious as he kept telling something to Bairstow.

Kohli put his fingers on his lips probably directing the Englishmen to stop talking and focus as there was plenty of drama in the first 30 minutes.

It’s tense out there between Virat Kohli and Jonny Bairstow

The video of the incident went viral in no time. Since similar scenes were on display on Saturday as well. Kohli-Bairstow banter sparked a meme fest on social media.

“Never mess with the kingVirat Kohli.- Jonny Bairstow can see everything on the ground apart from the ball,” one user said

“After the heated argument between Virat and Bairstow the next empty delivery and Virat’s Epic reaction was Like ” Yeh btayega BKL Mujhe” (Tvf Pitchers Jeetu bhaiya Scene) #INDvsENG #ViratKohli #JonnyBairstow,” said another.