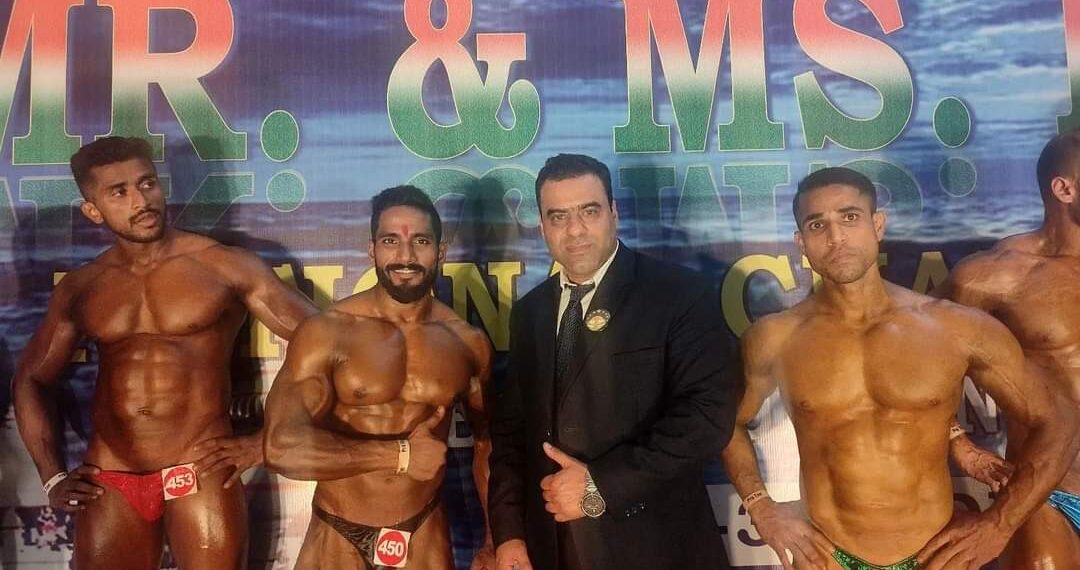 Srinagar: A Kashmiri fitness guru has earned a rare honor after he was nominated as one of the jury members of the prestigious Mr. and Ms. India event.

Ishtiyaq Ahmad Khan was among the 20-member jury to select Mr. and Ms. India in Odisha.

Organized by the World Fitness Federation (WFF), the two-day event saw more than 300 bodybuilders vying for a coveted title.

This is for the first time that any fitness guru from Jammu and Kashmir has judged the participants from across India on such a bigger platform.

“I have been serving as president of the World Fitness Federation for many years in Jammu and Kashmir.  This year, I was among 20 member jury to judge the national event. I am the first athlete from the fitness fraternity of Jammu and Kashmir to judge such a big event,” he told The Kashmir Monitor.

An ace bodybuilder, he said judging the event was a matter of honor.   “It was a very tough competition as bodybuilders from various states participated. Being a trainer, my participation in the event will surely motivate youth to achieve bigger goals,” he said.

Khan said many athletes from the valley are preparing for similar events. “Such events motivate youth to work hard on their fitness and physique. We are preparing our boys for these events. We will work hard and ensure our athletes make it to bigger competitions,” he said.

In October, Khan, who is also the president of Powerlifting, India, organized Mr. Jammu and Kashmir events in which scores of athletes participated. “I want our children to make a mark in sports and compete with stalwarts,” he said.

Khan is also holding bodybuilding competitions in various districts of Jammu and Kashmir to motivate youth to shun negativity and stay fit.