Shahid Afridi hints at retirement after next year’s PSL 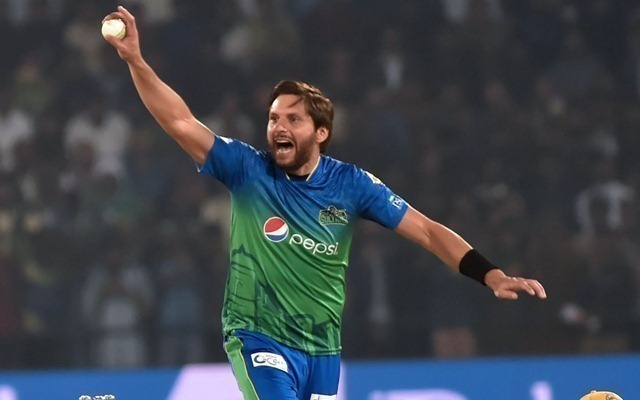 Shahid Afridi looks set to finally call time on his playing career, strongly suggesting next year’s season at the Pakistan Super League will be his last.

Afridi, who is currently with Multan Sultans and spent two seasons at Peshawar Zalmi and one at Karachi Kings, expressed a desire to represent a fourth franchise, Quetta Gladiators, in his final season.

“Maybe this ends up being my last PSL,” Afridi told reporters. “I would like to play for Quetta Gladiators this season, provided Multan allow me to leave. If Nadeem Omar and Quetta’s owners want to have me, I would love to represent them.”

Afridi last played international cricket for Pakistan more than five years ago in 2016, but has continued to take part in the PSL ever since its inception well into his forties.

He captained Zalmi in the first season and was part of the team that won the title the following year. His current franchise, Sultans, are the defending champions, having beaten Zalmi in the final in June. Afridi played a part in the first half of this year’s edition before missing the UAE leg with a back injury.

Should Afridi retire next season, he would walk away from the PSL as one of its most successful allrounders. To date Afridi has 44 wickets in 50 PSL games at an economy rate of 6.97.

That places him eighth on the all-time list; no one who has taken more wickets and conceded fewer than seven runs per over. While relatively less successful with the bat, he has still had an impact. His 465 runs have come at a strike rate of 153.46 – only Kieron Pollard (166.24), Luke Ronchi (166.12) and Asif Ali (164.29) top that for those with at least 30 innings.

The 2022 PSL will take place in January and February after it was moved to an earlier window to avoid a clash with the IPL and squeeze in a tour by Australia.