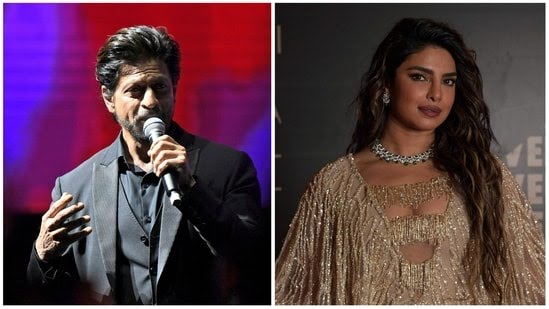 Jeddah: Top big guns of Bollywood are in Jeddah to participate in the Red Sea Film Festival.

From Shah Rukh Khan to Priyanka Chopra and from Kajol to Kareena Kapur, the who-is-who of Bollywood is making their presence felt in Prince Mohammad bin Salman’s dream project.

Others who have arrived in Jeddah include Akshay Kumar, music director AR Rahman, Rihtik Roshan, and Ranbir Kapur.

Under Saudi Arabia’s Vision 2030 social and economic reform agenda, the government aims to increase household spending on cultural and entertainment activities inside the Kingdom from 2.9 percent to 6 percent.

To achieve this, the Kingdom has been allocating resources generously to the domestic film industry, as well as opening scores of new cinemas, concert venues, sports arenas, and leisure facilities across the country.

Prince Badr Bin Abdullah Bin Farhan has stressed the need to continue the work of the G20 cultural track during his presidency of India.

Prince Badr met the Indian Minister of State for Culture Arjun Ram Meghwal on the sidelines of the G20 cultural ministers meeting held in Indonesia in September.

The Indian minister commended the Kingdom’s efforts and role in convening the first meeting of Culture Ministers in 2020 at the G20.

The festival opened with ‘What’s Love Got to Do with It?’ a romantic comedy directed by Shekhar Kapur,

Sharukh Khan and Kajol during a stage appearance recreated their iconic moments from the film DDLJ and that made their fans go crazy. The Saudi fans both men and women are mesmerized by the song “Tujhe Dekha To” from the movie DDLJ.

Also, scores of Indians throng to Red Sea shores to listen to Jay Ho, a hit song by A. R. Rahman.

The festival held in partnership with VOX cinemas and MBC Group – which will feature 131 films and short films from 61 countries in 41 languages, including both established and emerging talent – will run until December 10. Several new Saudi films will be shown alongside the best of new international cinema, featuring 25 new films from Saudi filmmakers.

In addition to showing movies, the festival includes conversations that will allow attendees to hear filmmakers and actors talk about their careers. Gurinder Chadha, a British film director of Indian origin, opened the program In-conversation.

Bollywood star Akshay Kumar said that he is making a feature on the theme of sex education that he hopes to release next spring during an In-Conversation as part of the Film Festival on Saturday.

“It’s a very important subject. In a lot of places, it is not there. We have all kinds of subjects we learn in school and sex education is one topic I would like all the schools in the world to have. It’s going to take time to release, it’s going to be April, May,” he said

Others in the line-up include Indian actors Ranbir Kapoor, and Rihtik Roshan besides Hollywood actors Sharon Stone and Andy Garcia, Lebanese director, and actress Nadine Labaki.

Commenting on the festival, CEO Mohammed al-Turki said the event does not only serve as a clear indicator of change, but it also plays a significant role “in transforming and reshaping the future for our next generation of creatives.”

Shivani Pandya, Managing Director of the festival, said: “The Red Sea International Film Festival has an important role to play in ensuring women’s stories are showcased to as many people as possible and providing a platform to ensure their voices are heard. We strive to establish ways for women to succeed as storytellers as they continue to shape our cultural landscape. Together with Vanity Fair, we are celebrating women who are leading the way and inspiring a new generation of creatives.”