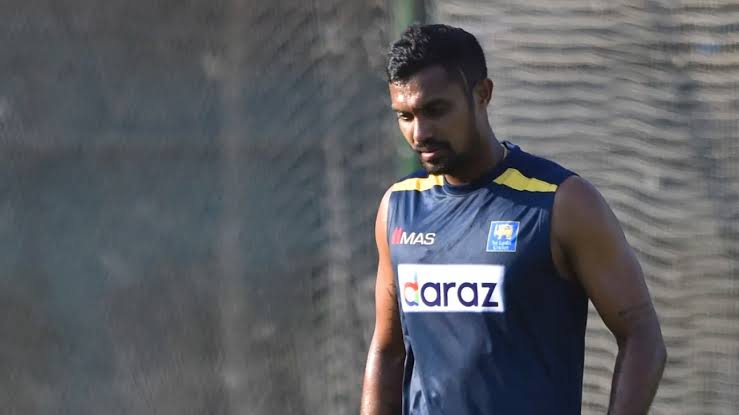 Gunathilaka was arrested on Sunday morning for his alleged sexual assault “of a 29-year-old woman in Rose Bay earlier this week”.

Gunathilaka, who was ruled out of the World Cup in the first round itself with a hamstring injury, was replaced in the squad. The 31-year-old, who has played eight Tests, 47 ODIs, and 46 T20Is, however, remained with the side during its campaign.

According to the report, Gunathilaka was communicating with a woman for a few days “via an online dating app before they met in person”. He then allegedly sexually assaulted the woman on the evening of November 2.

The cricketer was arrested at a hotel on Sussex Street, Sydney in the early hours of Sunday and taken to the Sydney City Police Station and charged with “four counts of sexual intercourse without consent”.

He was refused bail and will appear at the Parramatta Bail Court via an audio-visual link on Sunday.