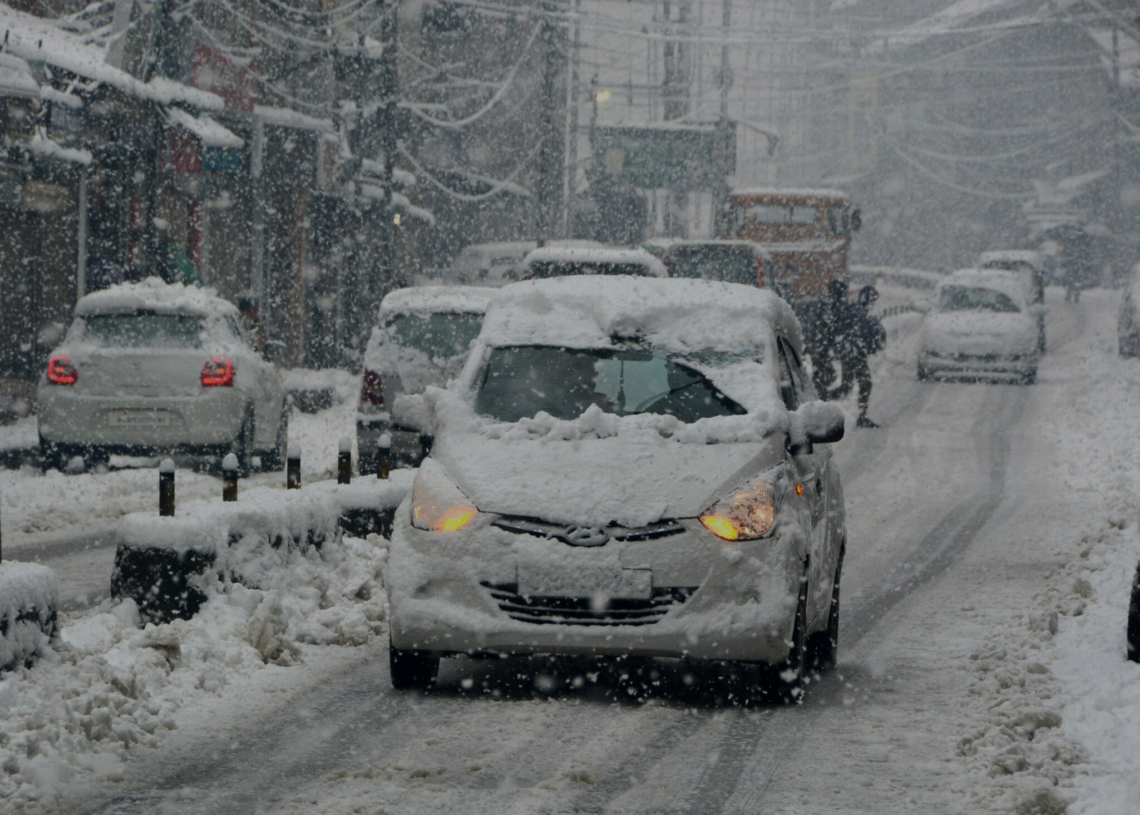 Srinagar: The Indian Meteorological Department (IMD) has shot a weather warning for several areas in Kashmir and has predicted that the ongoing wave of heavy to very heavy snowfall is likely to continue till tomorrow (Wednesday) forenoon.

The IMD, in a statement said, issued “Orange” weather warning for south Kashmir, Banihal-Ramban, Chenab Valley, Poonch and Rajouri areas for the next 24 hours.

“As expected, widespread Heavy to Very Heavy snow/rain with thunder in plains of Jammu reported since last 2 days. The same is most likely to continue till tomorrow forenoon (especially in South Kashmir, Poonch, Rajouri, Chenab Valley, Pirpanjal etc.),” the statement read.

It added: “We expect significant improvement in weather from tomorrow afternoon with decreased snowfall, better visibility but January 7th onwards, cold wave will return. Expect warmer days and colder nights for next week from 7th onwards.”

People have been asked to avoid venturing out in snowbound hilly areas as there are chances of snow avalanches.

“Clear snow on your roofs frequently (especially Kaccha Homes). Open doors/windows frequently to ensure enough supply of oxygen in your homes and remain safe. If not, it will cause death due to asphyxiation (due to poisonous gas carbon mono oxide from your bukharis/heater etc. in your room). Ensure proper ventilation and be safe,” the statement added.

Meanwhile, officials said that traffic will remain suspended on the Srinagar-Jammu highway on Wednesday as well.

“Tomorrow on 06-01-2021, no vehicular movement shall be allowed on Jammu-Srinagar NHW from Jammu towards Srinagar and vice-versa in view of snow accumulation around the Jawahar Tunnel,” a statement from the Traffic Department read.

Mughal road is already blocked due to snow accumulation.

People are advised not to travel on NHW-44 without confirming status of the road from Traffic control units as under: