Seventh round of talks between farmers, Centre begins 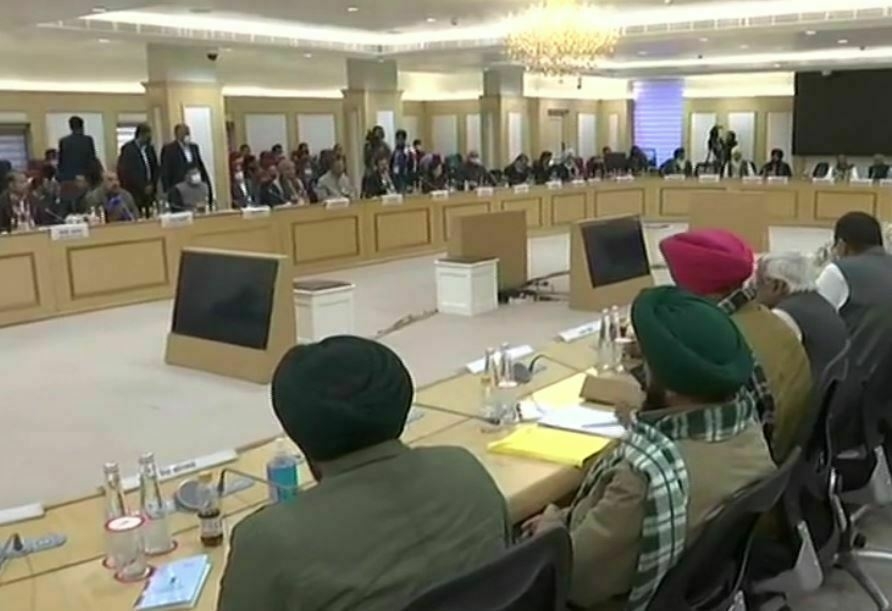 New Delhi: The seventh round of talks on farm laws between the Kisan Unions and the Central government has begun at Delhi’s Vigyan Bhawan.

Earlier today, Bharatiya Kisan Union leader Rakesh Tikait said that at least 60 farmers have lost their lives during the protests against the three new agriculture laws. “One farmer is dying every 16 hours. It is the responsibility of the government to answer,” he added.

According to the sources, the ‘clause by clause’ discussion on three farm laws is expected to take place between the two if farmers remain adamant on their demand to repeal the laws. Thousands of farmers, especially from Punjab and Haryana, have been camping at Delhi’s Singhu, Tikri, Ghazipur and Chilla (Delhi-Noida) border points for past several weeks to demand repeal of the farm laws enacted in September.