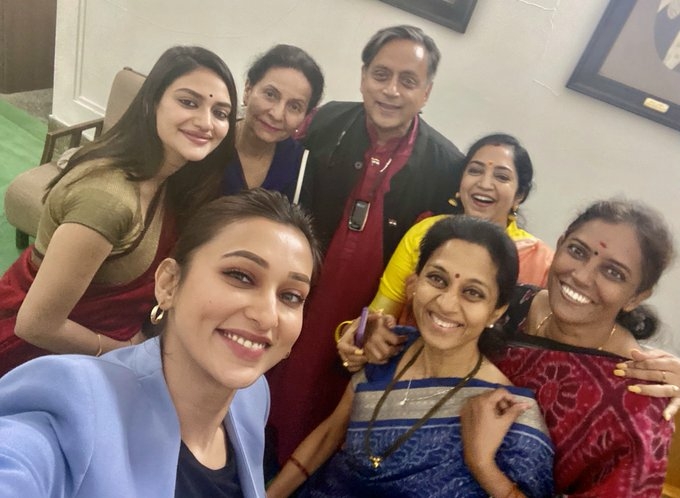 Congress leader Shashi Tharoor is in the crosshairs of social media trolls after he posted a selfie with women MPs and called them `attractive’.

It started with a picture posted by Tharoor with six women MPs including actress-turned-TMC leader Nusrat Jahan, DMK leader Dr.Thamizhachi Thangapandian. And NCP leader Supriya Sule and others.

Some described the tweet as too sexist as Tharoor had described the women as ‘attractive’.  “Women in the Lok Sabha are not decorative items meant to make your workspace `attractive’. They are parliamentarians and you are being disrespectful and sexist,” tweeted Vidya Krishnan.

“I am shocked that a person supposedly on women committees thinks Tharoor tweet is fine. It’s obvious why many women don’t trust committees. I will NEVER click a pic with women and then say isn’t this an “attractive” place to work. Against code of conduct of most MNCs,” tweeted Vish.

Gauging the backlash, Tharoor said he was asked to delete the selfie from Twitter. “The whole selfie thing was done (at the women MPs’ initiative) in great good humor & it was they who asked me to tweet it in the same spirit. I am sorry some people are offended but I was happy to be roped into this show of workplace camaraderie. That’s all this is,” he said.