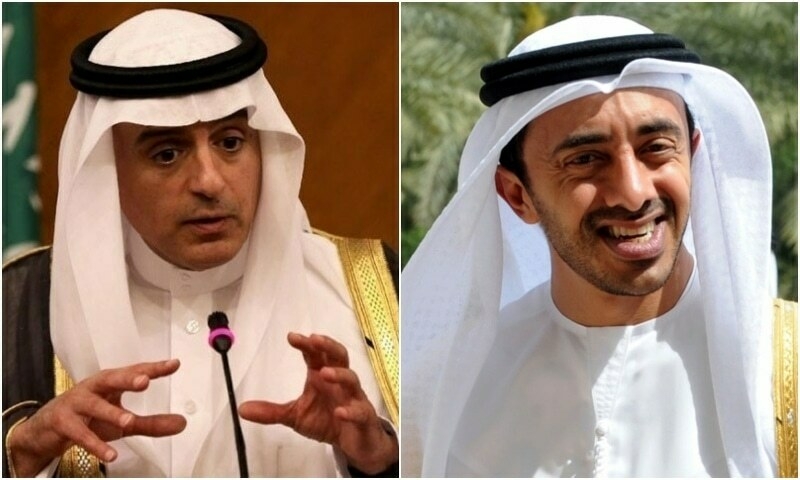 Islamabad, Sep 4 : Foreign ministers of Saudi Arabia and the United Arab Emirates (UAE) are arriving in Islamabad on Wednesday on a day-long official visit. During the visit, the ministers will hold talks with the Pakistani civil and military leadership on the regional situation.

Foreign Minister Shah Mehmood Qureshi informed reporters at the Parliament House before heading to the Foreign Office to preside over the inaugural meeting of the special Kashmir Cell here on Tuesday.

“The two principal players of the OIC (Organisation of Islamic Cooperation) are coming (to Islamabad) tomorrow (Wednes­day). One chairs summit level (meetings) and the other heads ministerial segment,” Qureshi said while referring to the upcoming visits of Saudi Minister of State for Foreign Affairs Adel bin Ahmed al-Jubeir and Minister of Foreign Affairs and International Cooperation of the UAE Sheikh Abdullah bin Zayed bin Sultan al-Nahyan.

“We contacted the two foreign ministers and they are coming,” he said, adding that both Saudi Arabia and the UAE were important countries. He said that he would present before them the viewpoint of Pakistan and of the people of Kashmir on the latest Indian move of ending the special status of Kashmir through revocation of Article 370 and the situation in the Valley due to continued curfew.

India, Pakistan to hold third round of talks on Kartarpur corridor