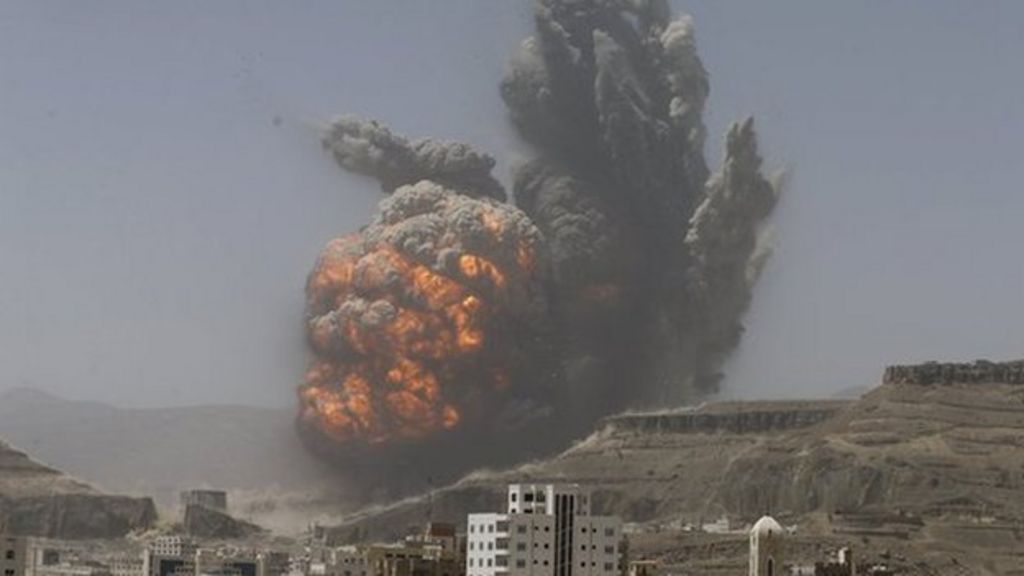 At least 14 people including a Houthi commander and his family were killed when Saudi-led coalition carried an air strike at a building in the Yemeni capital of Sanaa.

The alliance strikes on Houthi-held Sanaa followed an attack clain Abu Dhabi, in which three people, cluding one Pakistani, were killed.

Early on Tuesday, the coalition said it had begun air strikes against strongholds and camps in Sanaa belonging to the Houthi group, Saudi state media said.

The strikes appeared to be the deadliest since 2019 on Sanaa.

The strike that killed about 14 people, according to initial estimates, was on the home of a former military official.

It killed him, his wife, his 25-year-old son, other family members and some unidentified people, a medical source and residents told Reuters.

The strikes were launched “in response to threat and military necessity”, a spokesperson for the coalition said.

Coalition strikes around the city had killed a total of about 20 people, the deputy foreign minister for the Houthi administration, which holds much of northern Yemen, said on Twitter.

Houthi-run Al Masirah TV said strikes had damaged houses, killed at least a dozen people and wounded about a dozen.

The UAE has armed and trained Yemeni forces that recently joined fighting against the Houthis in Yemen’s energy-producing regions of Shabwa and Marib.

Monday’s Houthi-claimed attack on two sites in the UAE set off explosions in fuel trucks, killed three people and ignited a blaze near Abu Dhabi airport.

In response, the UAE said it reserved the right to respond to “terrorist attacks and criminal escalation”.