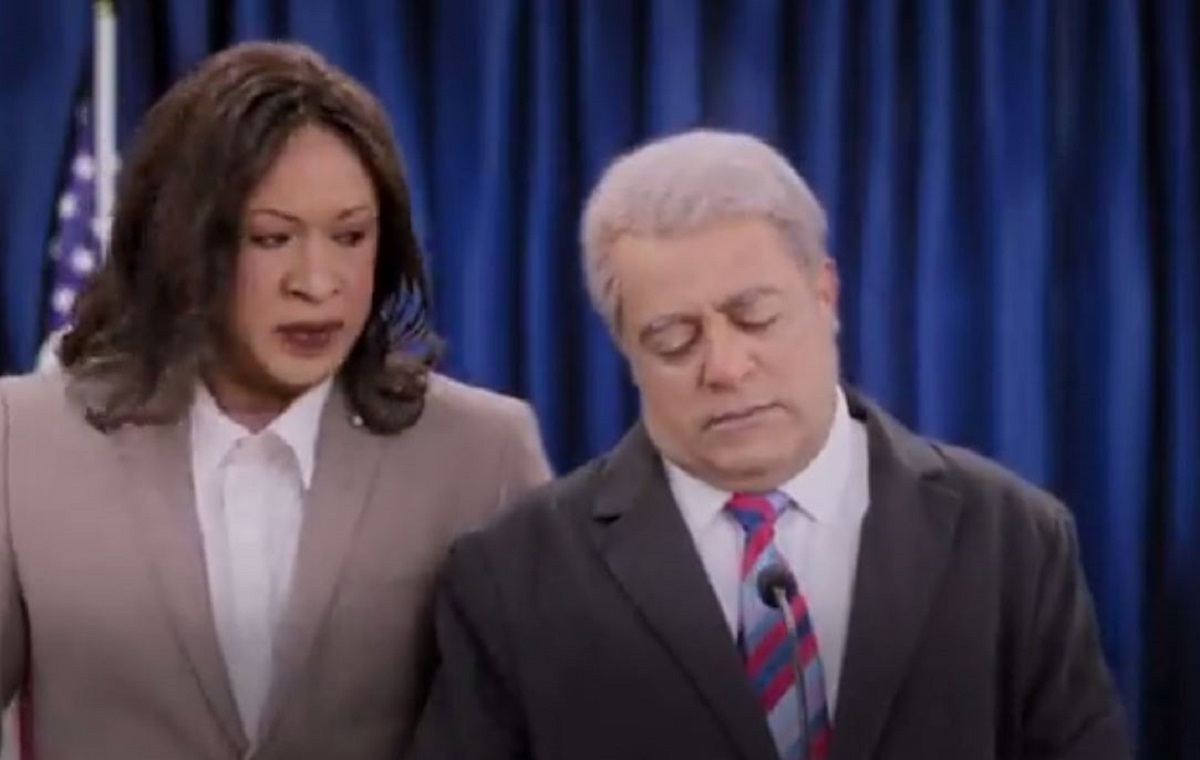 A skit on the state-run Saudi TV channel has gone viral for mocking US President Joe Biden and vice president Kamala Harris in the context of the present global scenario. Biden, as portrayed in the comic show, was sleepy and forgetful. He did not remember the names of Russia, its president Putin and called Kamala Harris the ‘first lady’. The skit points toward the souring ties between the Saudi and the US.

The show was aired on Monday on the MBC channel in which the Saudi government owns a major stake.

The viral video showed two characters mocking Biden and Kamala Harris walking on the stage. “Today we are going to talk about the crisis in Spain,” Biden’s character said. After being interrupted by Kamala Harris’ character, the president corrects himself and replaces Spain with Africa, which again was wrong. As he finally got the name of Russia correct, he took help to recall the name of Russia’s President Vladimir Putin. “Putin, listen to me. I have a very important message for you. The message is…” the character dozed off. On waking up, he started with the ‘president of china’ completely forgetting about Putin. “Thank you for correcting me, first lady,” he said before nodding off.