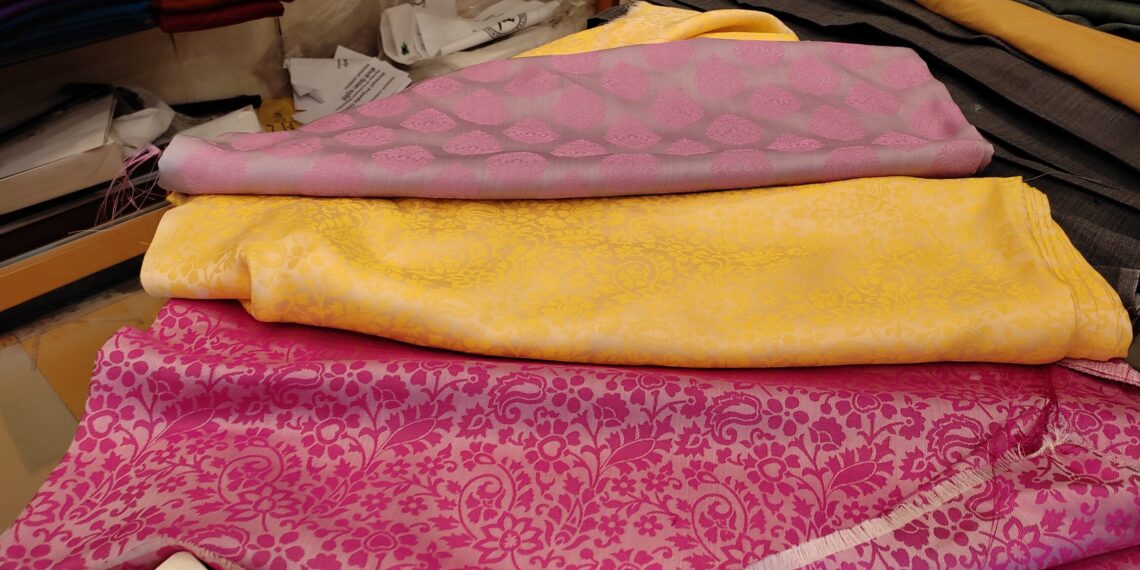 Thanks to the World Bank project, the production at Government Silk Factor, Rajbagh has increased by three times in the last two years.

The factory has tied up with e-commerce giants including Amazon to ramp up sales across the world.

Zameer Syed Illahi, Manager at the Silk Factory told The Kashmir Monitor that monthly production of silk has gone up to 10,000 meters.

He said that post-2014 floods, which affected the factory, only 2000-2500 meters of limited varieties of silk were produced in the factory.

“We are currently able to produce more than 10,000 meters of silk monthly in a single shift. We can increase the production depending upon the demand. The factory has witnessed a major shift in production in the last few years,” he said.

“We have six repair jacquard looms. In addition, the entire infrastructure has been upgraded. We have an entire setup of automated looms. We have set a target of producing 2.5 lakh meters of silk in a single shift,” Illahi said.

Apart from ramping up production, Illahi said they have introduced 23 new varieties of silk in the factor, which have a huge demand in the national and international market.

“Earlier, only eight varieties of the silk were produced in the factory. The number has now gone up to 23. Our silk is superior and has a huge demand in the market. We have some beautiful varieties including Satin, Special Satin, Ireland Silk, Strapped Habotai, Special Crepe, Silk Wool, and Charmeuse silk. We have this year blended wool with silk and now we are introducing 8-9 new varieties also,” Illahi said.

The factory recently collaborated with e-commerce giants to bulk up their sales across the world.

“We have tied up with Amazon and Reliance. We have been receiving bulk orders from them. Besides, we have our local customers, tourists, and clients from New Delhi and Gujarat who prefer to buy Kashmiri silk,” Illahi said.