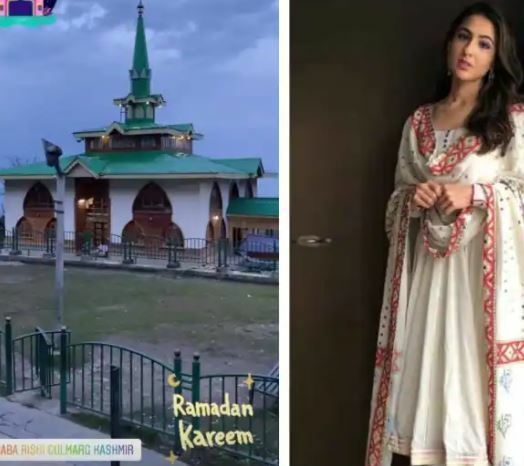 As the holy month of Ramadan commenced Bollywood actress Sara Ali Khan extended warm greetings to fans on social media. The ‘Kedarnath’ actress who is currently holidaying in Kashmir with mommy Amrita Singh and brother Ibrahim Ali Khan began the month of Ramzan in Gulmarg by offering prayers at a dargah.

Sara took to her Instagram stories to share glimpse of a dargah  in Gulmarg, surrounded by the lush green mountains. Sharing a small video, the actress wrote, “Ramadan Kareem.”

The video is shot in Baba Rishi near Gulmarg in Baramulla district. It shows the Ziyarat Baba Rishi shrine and other buildings and the evening prayers can also be heard in the video. Watch below:

Recently, the actress shared a hilarious video from her vacay featuring mommy Amrita. In the video, Sara and Amrita were seen riding on a ropeway car amidst a snowcapped valley. As Sara was interacting with her fans, her mom was petrified as she sat beside her daughter. The post was captioned as, ”Namaste Darshako