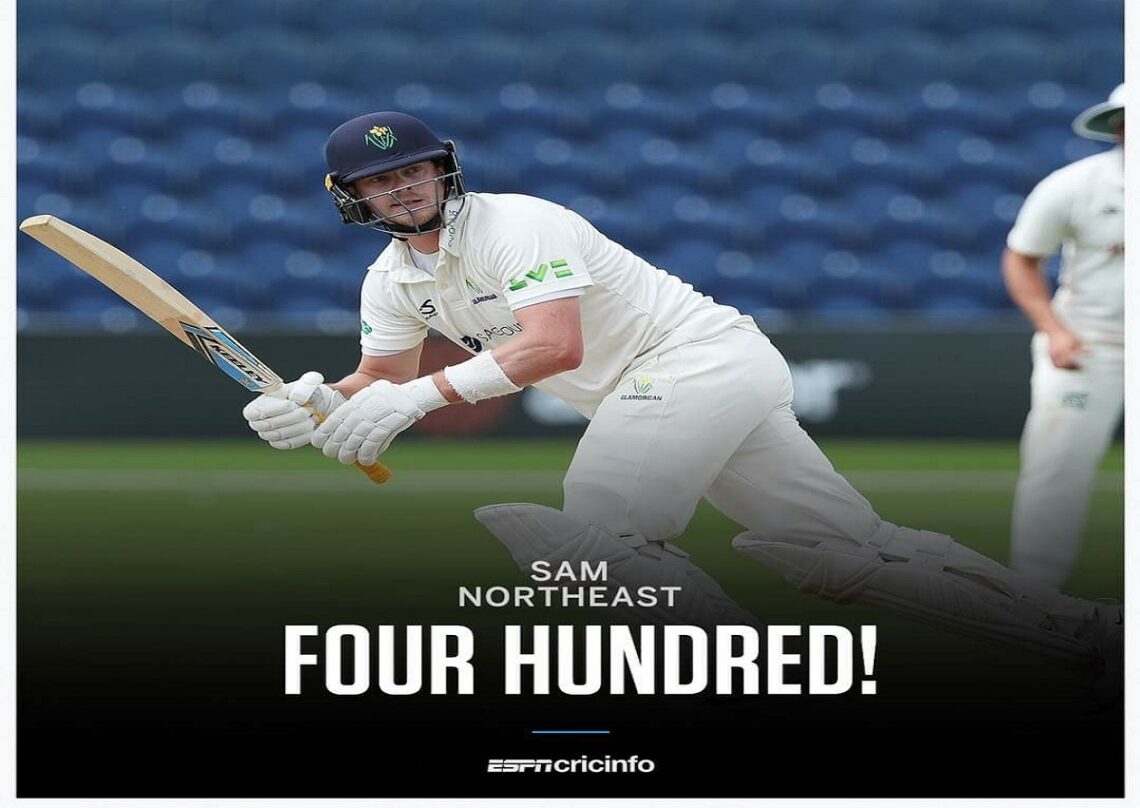 The 32-year-old Northeast reached the feat off 447 balls with a six and joined Brian Lara, AC MacLaren and Graeme Hick in the elite club of County batters who have hit 400 runs in an innings.

Northeast also became just the 11th batter ever to cross the 400-run mark in a first-class innings. Northeast, who resumed on his overnight score 308, also registered the highest score by a Glamorgan batter in a FC innings during his record-breaking knock.

Glamorgan also recorded its highest-ever total as it went past 718 with an unbeaten 400-plus run stand between Northeast and Chris Cooke for the sixth wicket.