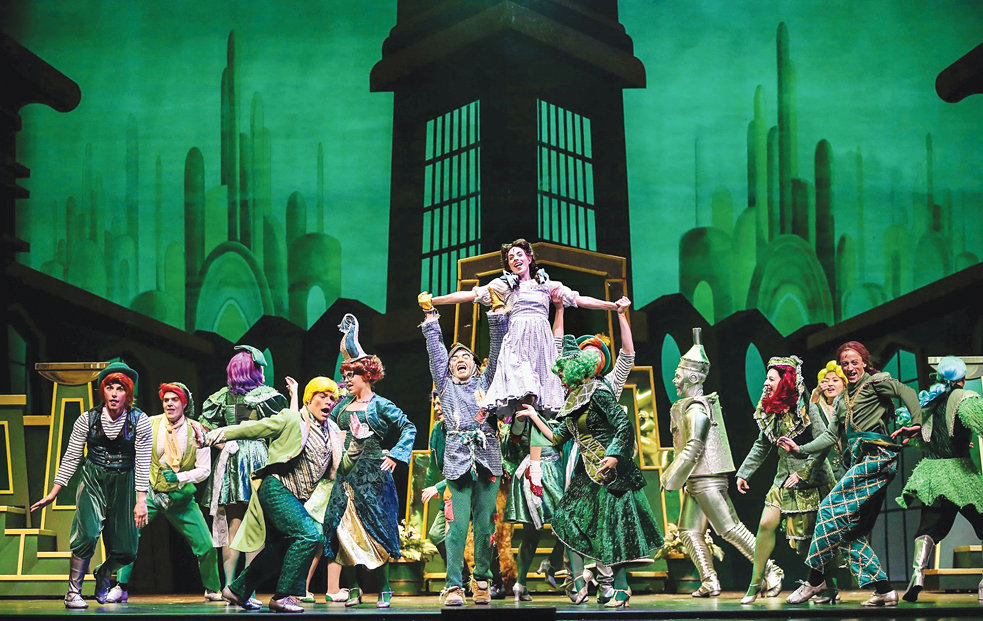 Arab News has reported that the sector has already created more than $1 billion in profits and attracted over 75 million visitors.

The newspaper said all that began to change in 2016 with the establishment of the General Entertainment Authority as part of the Kingdom’s wide-ranging social and economic reform agenda, Vision 2030.

Five years on, the thirst for entertainment in Saudi Arabia is plain to see. In the space of just two months, up to 8 million people have taken part in Riyadh Season 2021 — a cultural extravaganza that was unheard of just half a decade ago.

General Entertainment Authority (GEA) was established to help drive ahead of the Kingdom’s Vision 2030 plan to diversify the Saudi economy away from oil, allowing it to become a global leader in the creative, leisure, tourism, and hi-tech industries.

Now, Saudi citizens and international visitors, no matter their level of income, can enjoy a whole host of entertainment options previously denied to them, improving their quality of life and the Kingdom’s appeal as a work and investment destination.

Although Saudi Arabia’s entertainment revolution suffered setbacks in 2020 at the height of the COVID-19 pandemic, with events suspended, venues closed, and international travel barred for several months, the cultural calendar returned with a bang in 2021. Much is still to come.

Until the late 1980s, Saudi cities enjoyed a flourishing artistic movement that offered the public a wide variety of entertainment options. However, this came to an end in the early 1990s.

For a time, just two music festivals took place per year — one at the Muftaha Theater in Abha, and another at Jeddah’s Summer Concerts — until these too were stopped. The last open concert in Riyadh took place in 1992 during the Al-Janadriyah festival.

The silence was broken in March 2017 with the Kingdom’s first public concert in nearly three decades. Although attendance was limited to men only, tickets for the performance by Saudi artists Mohammed Abdu and Rashid Al-Majed sold out immediately.

Later that year, Saudi Arabia hosted its first public performance by a female artist. Lebanese singer Heba Tawaji performed on stage at the King Fahd Cultural Center in Riyadh to an exclusively female audience of 3,000.

During the same year, Greek composer and pianist Yanni performed in Riyadh, Jeddah, and Dammam. In a tweet before his arrival in Saudi Arabia, he said: “We are going to be experiencing history in the making and I would not miss it for anything in the world! First, stop Jeddah! …Yanni.”

The following year saw the launch of Ad Diriyah concerts, with several performances held on the sidelines of the Kingdom’s biggest event — the Formula E race in Diriyah — including an unforgettable show by French DJ David Guetta.

“That concert was magical. I loved every second of it,” music fan Eithar Alshadukhi told Arab News at the time. “David Guetta’s songs are amazing, but when he created a special piece for Saudi Arabia, it blew me away.”

In 2019, American singer-songwriter Mariah Carey performed in Jeddah, making her the highest-profile international artist to perform in the Kingdom since the easing of restrictions on entertainment.

During the same year, the K-Pop boy band BTS became the first foreign artist to play a solo stadium show in Saudi Arabia before an audience of over 60,000 at the King Fahd International Stadium.

Music concerts are not the only field of entertainment that has blossomed in Saudi Arabia since 2016. Intensely proud of its heritage and natural beauty, the Kingdom has invested heavily in promoting leisure and tourism activities in its coastal, mountain, and desert regions.

In the process, Saudi Arabia has broken several Guinness World Records, including a 2020 record for the largest hot air balloon glow show over the ancient city of AlUla, with 100 balloons spread across 3 km of the sky.

Saudi Arabia’s Riyadh Season 2021 also received two Guinness World Record certificates for “Avalanche.” With 24 lanes reaching a record height of more than 22 meters, it was recognized as both the world’s tallest fun slide and the one with the most lanes.

In 2019, the Red Sea International Film Festival was launched, bringing together Saudi and international filmmakers, actors, and industry professionals to celebrate cinema and the world’s greatest on-screen talent.

The festival’s ambitious mandate is to develop and promote the film industry in Saudi Arabia, discover raw regional talent, and support a new wave of cinema worldwide.

To preserve and promote Saudi Arabia’s rich and unique culture, while also boosting the domestic and international tourism market, the Saudi Commission for Tourism and National Heritage launched the Saudi Seasons initiative in 2019 to high acclaim.

Tourism is one area Saudi Arabia is especially eager to promote with the launch of its Saudi e-visa in 2019. The Kingdom expects to have hosted 100 million tourists by 2030, drawn by a mixture of new luxury resorts on its coastline, educational outings among its spectacular ancient ruins, and adventure activities in its vast deserts and lush mountains.

So much has already been achieved in the Kingdom’s leisure and entertainment industries since reforms began just five years ago. No doubt 2022 will be another year of firsts on the road to 2030.