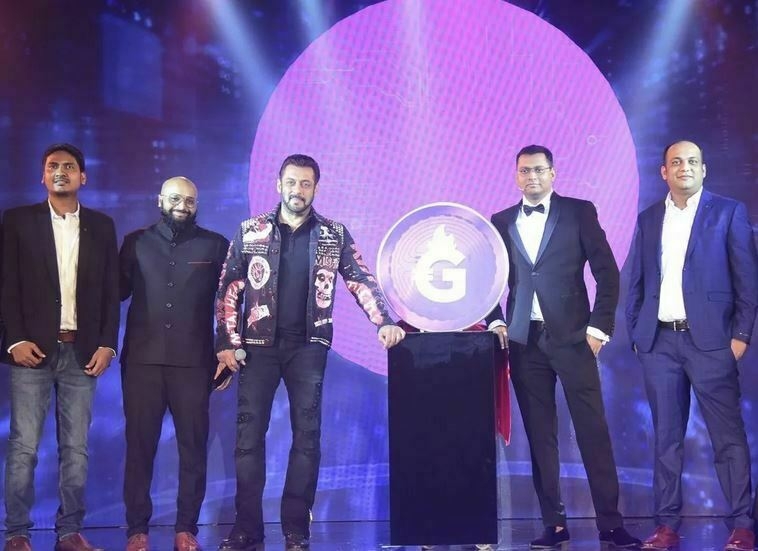 The cryptocurrency fever has gripped entire India like never before so much so that Bollywood too has jumped to promote the digital coins.

Megastar Salman Khan is one among the biggies to jump into it. Salman recently unveiled GARI – India’s first every crypto token launched by Chingari, the micro-content and short video application.

Salman announced on his official Twitter handle that he was officially launching GARI tokens.

“I am officially launching Chingari’s in-app GARI Tokens reward programme & its NFT Marketplace. You can buy my Video NFTs, exclusively on the GARI NFT Marketplace. Cheers to a new chapter in Content Creation & Monetisation!!! #ChingariKiGari #GariTokens,” his tweet read.

The cryptocurrency world is soaring to new heights with Bitcoin prices increasing like never before.

ALSO READ: ‘I will be a millionaire on that day’: Cryptocurrency, the latest buzz among young Kashmiris

Bollywood stars have joined the bandwagon to launch non-fungible tokens or NFTs or promote cryptocurrency platforms.

What is a $GARI token?

GARI, as per the official statement of the company Chingari, will serve both “as a future in-app currency and a governance token.”

The token, as per the company, will be built in partnership with the Solana blockchain.

Social tokens are digital assets backed by an individual, brand or community. “They allow creators to receive more equitable pay and forge deeper relationships within audiences,” the company said.

“We introduce GARI as a social token for the community of Chingari creators that will give them governance authority over the future platform developments through the DAO and create a circular economy,” the video application further elaborated.

GARI has been capped to 1 billion in total supply and has an unlock structure to support 200 to 300 million in circulating supply at the end of the first year.

“Our mission is to institutionalise the space, and promote the growth and advancement of the underlying ecosystem and technology behind digital assets and blockchain,” said Sumit Ghosh, founder, chief executive officer and chairman, Chingari.