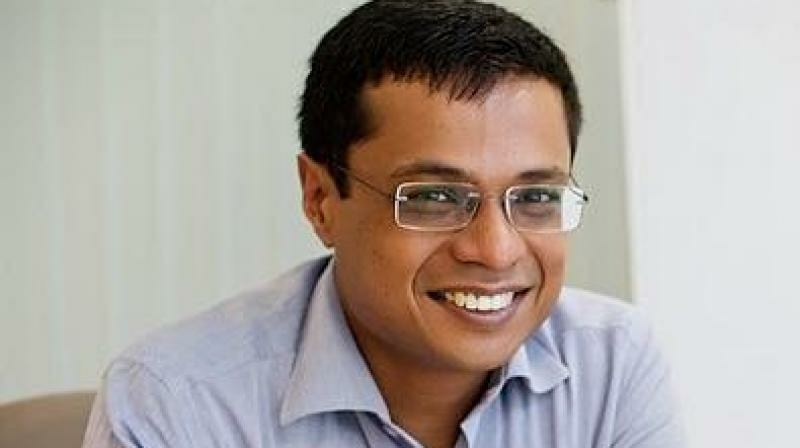 New Delhi : Flipkart co-founder Sachin Bansal, who is exiting the Bengaluru-based company post the Walmart deal, plans to catch up on gaming and brush up his coding skills as he takes time off to finish few pending personal projects.

Considered as the Jai-Veeru of Indian startup panorama, and when one decided to finally exit the company they founded 11 years ago it was really a sad moment for the other.

Sachin Bansal’s decision to exit Flipkart after its takeover by Warlmart was a “very emotional moment”, said the company’s co-founder Binny at a select media briefing today.

Asked if he didn’t try and convince Sachin to stay on, Binny, 35, said: “That’s an understatement.”

As Walmart acquired a majority stake in Flipkart, Sachin sold his 5.5 per cent stake for about $1 billion (Rs 6,700 crore) and exited the company.

The two Bansals are not related but came to know each other as they were passing out of IIT Delhi in 2005 and decided to move to Bengaluru.

They launched Flipkart in 2007 as the ‘Amazon of India’. It was valued at close to $21 billion as Walmart on Wednesday bought 77 per cent stake in it for $16 billion.

While Binny decided to continue with the company, Sachin, 36, exited.

“More than anything else, it is a very emotional moment for all of us. Sachin and I go a long way. We met in 2005 when we were passing out (of IIT, Delhi). Both of us moved to Bangalore. We were a group of 8 friends from IIT Delhi and we used to hang out together all the time and we were best of friends,” said Binny recalling the Flipkart journey.

In a Facebook post, Sachin said his work at Flipkart “is done” and “it’s time to hand over the baton and move on.”
The two then started a company together with Rs 4 lakh capital.