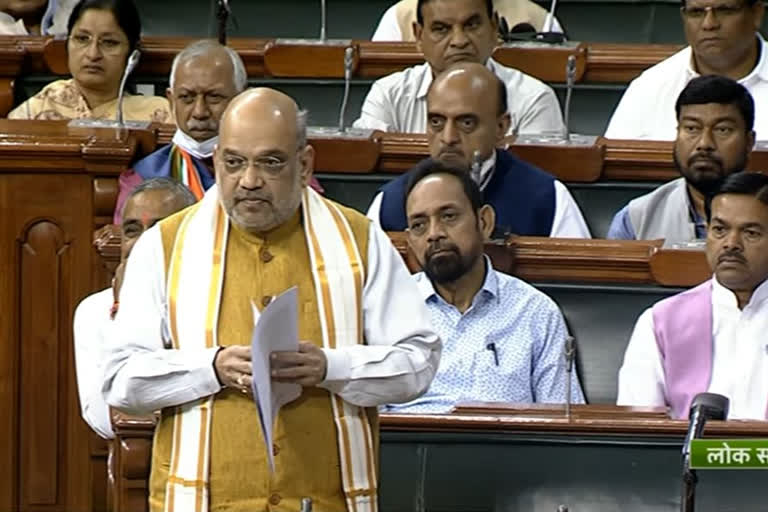 New Delhi: Rajya Sabha on Wednesday passed a bill that seeks to make the investigation of crimes more expeditious and increase the conviction rate.

Lok Sabha passed the bill on April 4. Shah said the purpose of the bill is to decrease the crime rate, increase the rate of conviction of criminals and boost the security of the country.

The Minister said the bill will not compromise the privacy of any individual. He said the rules will be notified after proper scrutiny.

Shah said the Bill is about safeguarding the “human rights of the victims”. “Our law is ‘bachha’ (nothing) in terms of strictness as compared to other nations. There are more stringent laws in countries like South Africa, the UK, Australia, Canada, and the US, which is why their conviction rate is better,” he said.

Shah said they do not have the intention to misuse the provisions of the Bill. “It is meant to keep our police ahead of criminals. Next-generation crimes cannot be tackled with old techniques. We have to take the criminal justice system to the next level,” he said

The bill provides for legal sanction for taking appropriate body measurements (finger impressions, palm-print, and foot-print impressions, photographs, iris, and retina scan, physical, and biological samples) of persons who are required to give such measurements to “make the investigation of crime more efficient and expeditious”.

A total of 17 members participated in the debate. Some opposition members termed the bill “unconstitutional” and suggested sending it to the select committee.