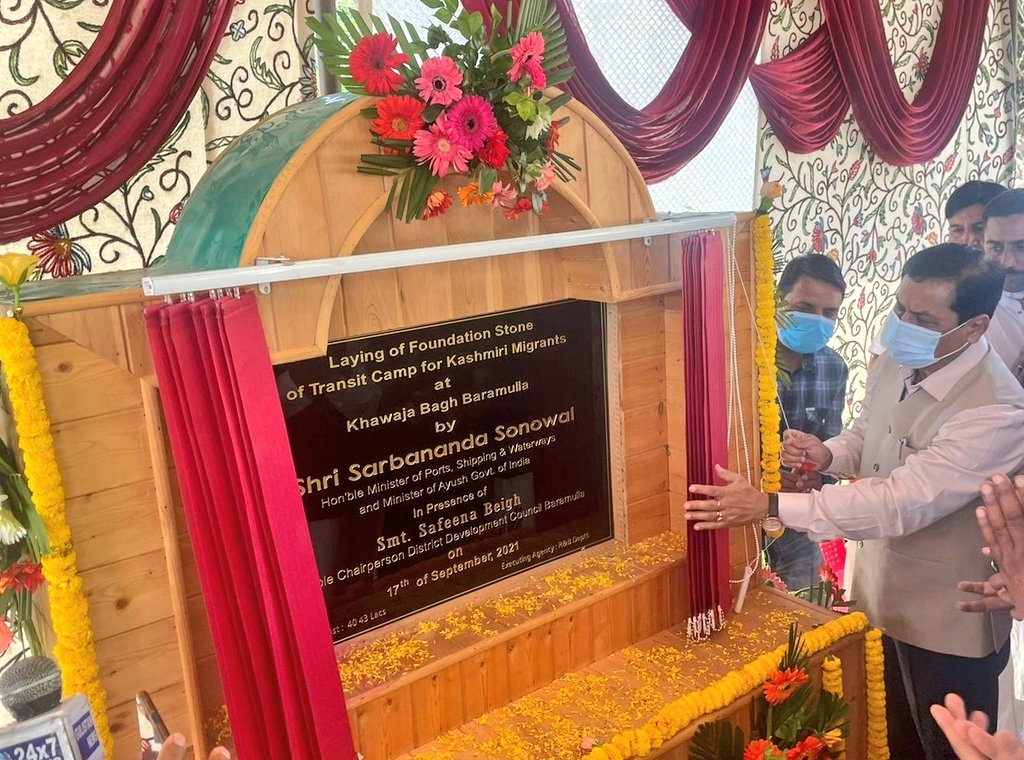 A Rs 40-crore transit camp will be constructed for accommodation of 336 Kashmiri Pandit migrant families here as part of efforts to rehabilitate them in the Kashmir Valley, Union Minister Sarbananda Sonowal said on Friday.

After laying the foundation stone for the transit camp, he said that it was a very significant step taken by the central government for Kashmiri Pandit migrant families who want to return and live in Kashmir peacefully.

“For the rehabilitation of the Kashmiri Pandits, a transit camp will be constructed at a cost of Rs 40 crore. A total of 336 families will be accommodated here,” Sonowal told reporters here.

He said that people in Kashmir also want Kashmiri Pandits to return so that they can live peacefully together, and the transit camp is being set up as per the wishes of the people.

The union minister of ports, shipping, waterways and ayush expressed gratitude to Prime Minister Narendra Modi and Union Home Minister Amit Shah for the decision to set up the transit camp for Kashmiri Pandits.

“I am also thankful to the people of Baramulla and Kashmir for their cooperation in executing this project,” he said.