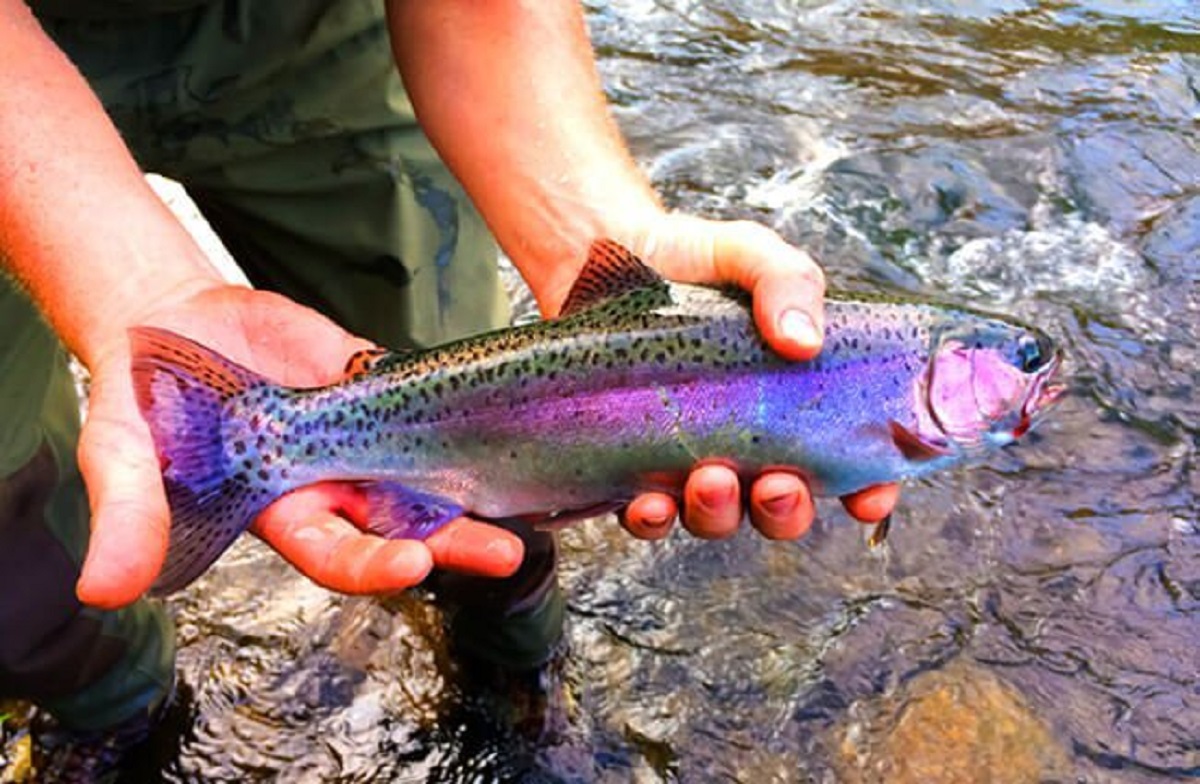 The famed Rainbow trout, the irresistible fish of the fresh waters that likes to swim against the tide in bustling cold streams of Pahalgam and Gurez has now found its way to Hyderabad.

Yes! the Rs 2,000 per kilogram fish is in great demand in the southern state of Telangana. The trout is so popular that in Kashmir one has to pay Rs 500 to Rs 1000 per day fee to fish it from the streams. And one is not allowed to catch more than six of them.

Kashmir having all the resources to make a big market out of the trout has not been able to fully capitalise on it. But a Hyderabad based entrepreneur is sure to make crores out of it.

Aditya Rithvik Narra has managed to mimic conditions conducive to rainbow trout fishing in Telangana. Very soon he will probably get a yield of one ton of rainbow trout per day. The oily fish from the salmon family is highly sought after among food connoisseurs and health lovers as it is a great source of protein, good fat and vitamins.

“Our first harvest will be in November. The life cycle of Rainbow Trout from egg stage to about 1.5 kg weight is about one year. We are already in six months to raise the fish,” Rithvik, managing director of Smart Green Aquaculture, which set up the rainbow trout cultural center in Kandukur of Rangareddy district told a local newspaper in Telangana.

The project will have an investment of approximately Rs 25 crore in phases.

The unit will produce about one ton of trout daily. The products will be sold in local and export markets. The price per kg series can reach up to 2 000 per kg. a 100 gram trout provides 141 calories, 20 grams of protein and six grams of fat. It is also a good source of sodium, potassium, vitamin (C, D, B6), calcium, cobalamin and magnesium, he said why it is among the expensive fish.

“Rainbow trout are currently being imported and there is a great demand abroad as well as in the domestic market. In fact, a few companies have already confirmed to get the fish from us, ”reveals Rithvik.

He spent more than six years researching recycling aquaculture systems (RAS) in India and abroad before launching the pilot project. In its unit, several stainless steel tanks are used and water is recycled. Following its success, the company began its commercial operations. Specially manufactured coolers are used to keep the water cool.

“The temperature must be maintained between 5 and 15 degrees Celsius at all times. We have generators as backup. But in Telangana, there is no concern about the power situation thanks to the 24/7 power provided by the Telangana government. Trout have specific water quality requirements. We have chosen a site that has this ideal water quality. The water is disinfected through a UV filter before it is added to the RAS system, ”he said about why the company chose Kandukur.

Smart Green Aquaculture is now importing rainbow trout leaders from the US. “We import the eggs and hatch them. Some of the fingerlings produced are sold to other farmers. The rest is used by the company for eggs. Now the breeding ground and nursery are in operation. We also provide feed to farmers, ”said Rithvik.

The company has 36 hatcheries, nursery in 20 tanks and 48 outgrowth units. The products will be free of chemicals and will be traceable from egg arrival to harvest. Rainbow trout will be the primary breed and others such as tilapia, eel, sea bass, desi koi and others will be included. The company also offers key solutions, including consulting, design, supply of eggs and feed and others. It offers to buy fish back from them. The unit creates jobs for about 50 people.