Ronaldo transforms his hotels into hospitals to help fight Covid-19 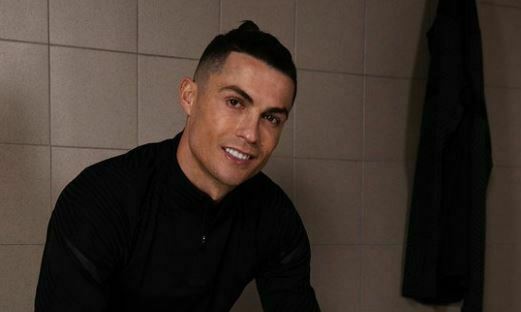 Football superstar Cristiano Ronaldo is joining the fight against the outbreak of novel Covid-19 that has triggered a global health scare and jolted the global sporting calendar.

According to Spanish newspaper MARCA, all CR7 hotels are set to be converted into hospitals to treat patients amid the outbreak of novel Covid-19. The facility can be used free of charge, the report added.

“The Juventus footballer will be the one who pays the doctors and workers,” the report reads.

Despite the leading Spanish daily reporting the news, a Portugal journalist, Filipe Caetano, on Sunday said the information posted ‘is not true’.

Earlier, Cristiano Ronaldo posted an emotional message, urging his fans and the public to follow the World Health Organisation (WHO) guidelines when it comes to precautions against the novel Covid-19.

Ronaldo also said his continued support is with the ‘amazing’ health professionals who are putting their own lives at risk to help save others.

“I speak to you not as a football player, but as a son, father, a human being concerned with the latest developments that is affecting the world,” Ronaldo said.

“Protecting human life must come above any other interests, Ronaldo added in his post. I would like to send my thoughts to everyone who has lost someone close to them, my solidarity to those who are fighting the virus, like my teammate Daniele Rugani, and my continued support to the amazing health professionals putting their own lives at risk to help save others.”

Cristiano Ronaldo has been in quarantine in Madeira, Portugal after it came to light that one of his Juventus teammates, Daniele Rugani tested positive for the virus. The Juventus players, members of the staff and those who came into contact with Rugani are in voluntary isolation, the Serie A club had said.

Meanwhile, a number of basketball players have decided to help out the hourly workers who support their teams and work in arenas after the NBA season was suspended due to the outbreak of the virus.

Among a series of players who are making donations, including Cleveland Cavaliers’ Kevin Love, Zion Williamson of the New Orleans Pelicans, the Detroit Pistons’ Blake Griffin and Giannis Antetokounmpo of the Milwaukee Bucks. The players made the announcement public on different social media platforms.