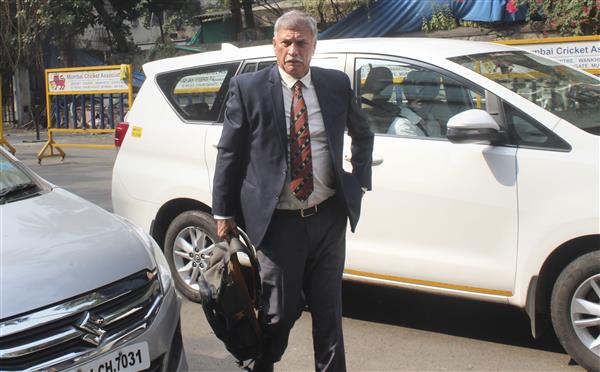 Roger Binny, the highest wicket-taker of India’s triumphant 1983 Word Cup campaign, was officially elected as the 36th Board of Control for Cricket in India (BCCI) president unopposed at the Annual General Meeting (AGM) on Tuesday in Mumbai. Binny replaced former India captain Sourav Ganguly, whose three-year tenure as the board chief came to end. Ganguly will now contest for the Cricket Association of Bengal top post.

The election of the new set of office-bearers was a formality as all were elected unapposed.

Binny, who represented India in 27 Tests and 72 ODIs, has also served as a member of the national selection committee.

The right-arm medium pacer who was a handy batter down the order, is most remembered for his performance in the 1983 World Cup. With 18 wickets, Binny ended up as highest wicket-taker of the tournament and played a pivotal role in the Kapil Dev-led Indian side lifting their maiden world title.

However, there was no discussion on the chairmanship of International Cricket Council (ICC). The next ICC chairman will be elected during the board meeting in Melbourne next month.”As far as India’s representative to the ICC is concerned, it will be decided by the office-bearers. There was no discussion on the ICC chairmanship. Only matters on the agenda were discussed,” a state unit official who attended the AGM told PTI.

It is unlikely that the BCCI will nominate its own candidate for the ICC chairman’s position, with the October 20 nomination deadline approaching.