Rockets hit neighbourhood near Kabul airport amid US pullout 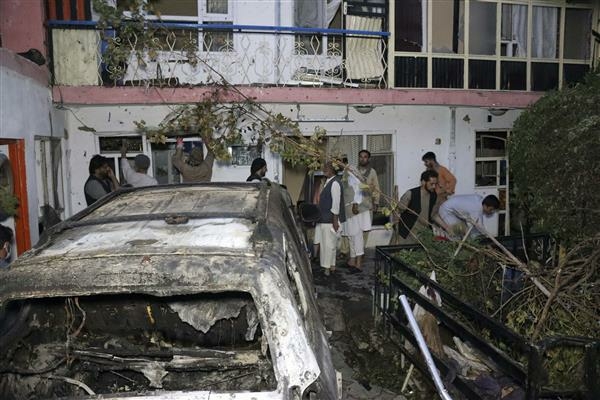 Kabul: Witnesses say rockets have struck a neighbourhood near Kabul’s international airport amid the ongoing US withdrawal from Afghanistan.

The rockets struck on Monday morning in Kabul’s Salim Karwan neighborhood. Gunfire immediately followed the explosions but it wasn’t immediately clear who was firing.

A US drone strike blew up a vehicle carrying “multiple suicide bombers” from Afghanistan’s Islamic State affiliate on Sunday before they could attack the ongoing military evacuation at Kabul’s international airport, American officials said. An Afghan official said three children were killed in the strike.

The US is to withdraw from Afghanistan by Tuesday.