Road to Ladakh: In a first, Zojila pass kept open in January 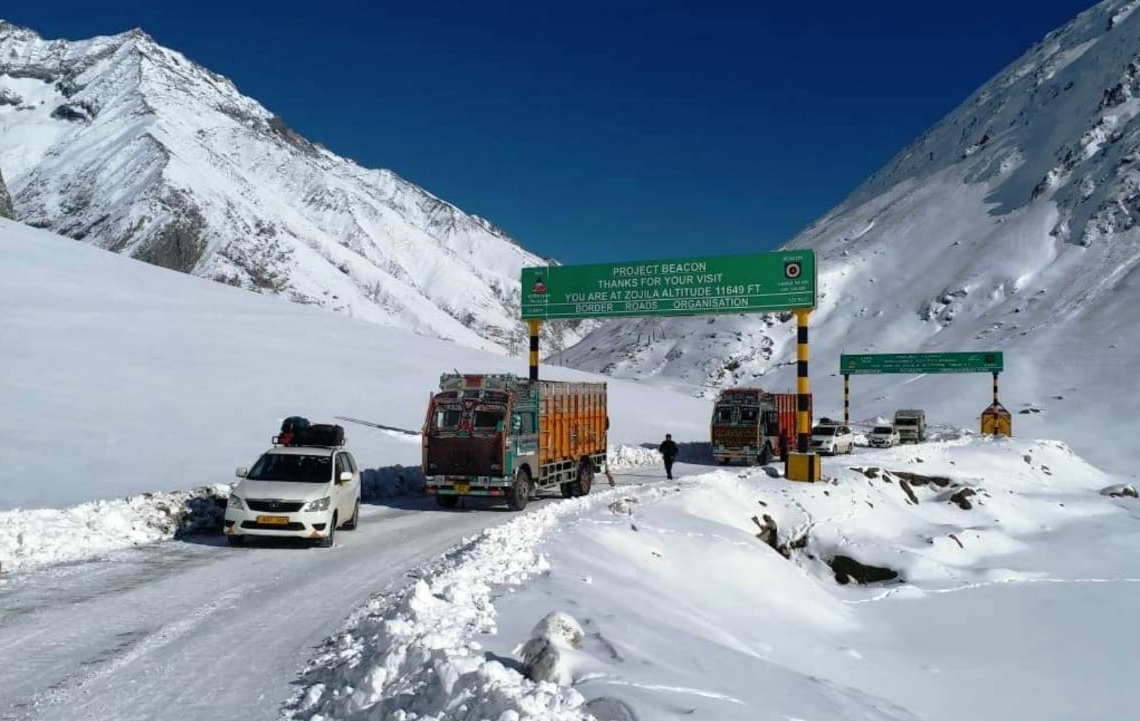 Located at an altitude of 11643 ft on Srinagar-Sonamarg-Gumri Road, Zojila Pass is the lifeline between Kashmir Valley and Ladakh. Last year Zojila Pass was kept open till Dec 31, 2020. However this year due to the concerted efforts of Project Beacon, the Zojila Pass was opened for the first time ever in the month of January.

“Zojila Pass has its own unique challenges of freezing temperatures and lack of oxygen and frequent avalanches. Due to unrelenting efforts, BRO personnel have ensured traffic on Srinagar – Sonamarg – Gumri Road by employing more than 20 heavy-duty equipment including four state of the art Snow Cutters,” said Colonel  Emron Musavi, defence spokesman at Srinagar.

Colonel Musavi said the Snowfall in the last three days has resulted in slippery road conditions along Zojila Pass causing disruption to traffic movement.   “Detachments of Project Beacon with prepositioned equipment located at Gumri, Bajri Nallah, Baltal, Sonamarg, and Gagangir played a key role in the opening of the Pass despite the inclement weather conditions,” he said.

He said six teams deployed at different locations worked 24×7 to keep the road open in extremely challenging conditions. “BRO ensured the safe passage of  175 vehicles to cross over the pass since 01 Jan 22. The efforts of BRO were lauded by the Civil Administration as well as the local population,” he said.