Rijiju excited as Gulmarg gets ready to host Winter Games 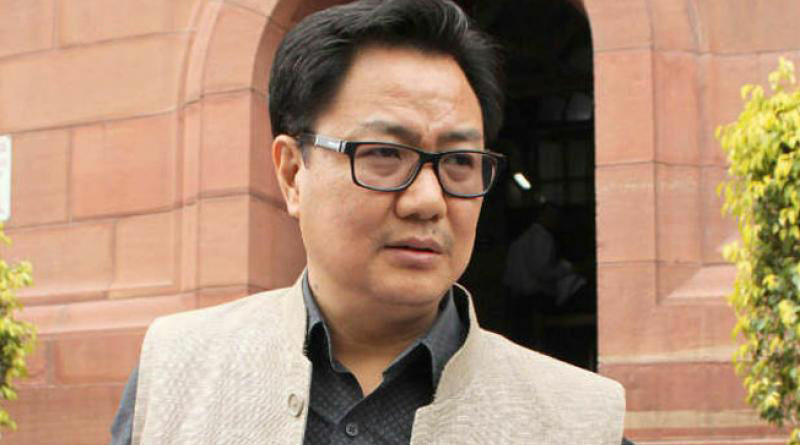 New Delhi, Mar 5: The first-ever Winter Games under ‘Khelo India’, a national programme for the development of sports will commence in Gulmarg from March 7 to 11. Sports Minister Kiren Rijiju said that it will be the largest ever and of the highest standard.

“We are organising the first-ever Winter Games in India and it will be held in Gulmarg and will be the largest ever and of the highest standard. This is going to be a milestone because we talk about Summer Olympics, but we don’t talk about Winter Olympics in India, but it is equally important, interesting and popular. The entire Himalayan region is interested in taking part. It will be a cornerstone in the sporting history of India. Apart from promoting sports, it will also transform the economy of the hill states like Jammu and Kashmir because it will promote tourism,” he said.

In the mega national event, 830 players from across India will participate in 30 events which include snow skiing, snowboarding, cross-country, snow show, snow cycling and other snow-based events.

Divisional Commissioner, Kashmir, Baseer Ahmad Khan on Wednesday chaired a high-level meeting of officials to review all arrangements put in place for the event. He directed officers concerned to set up round the clock control rooms at Srinagar, Tangmarg and Gulmarg in which officers from PHE, PDD, Medical, Police, SDRF and the Magistrates concerned will be deployed to monitor all activities with backup plan till the culmination of the mega sporting event.

The Deputy Commissioner Baramulla will set a media centre in Gulmarg in which all requisite facilities should be provided to the national media. Besides, he will establish medical camps at various locations with doctors and other staff with medicine and ambulances.

The Health Department will screen all players at airport and on national highways for coronavirus symptoms. In case of any exigency, the department will initiate immediate measures for a particular case.