‘Right to Vote’ is expression of one’s opinion: LG on National Voters’ Day 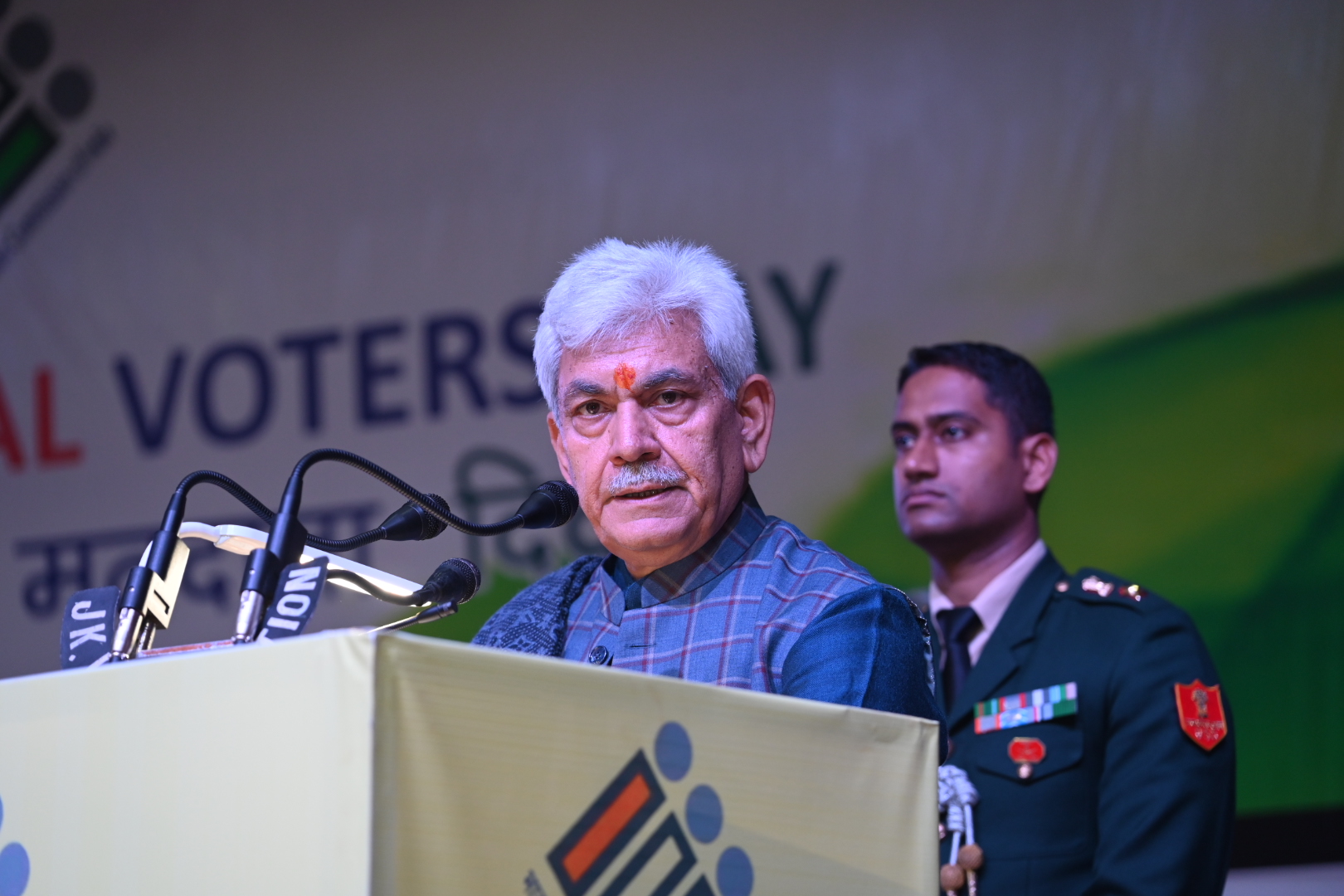 Speaking on the occasion, the Lt Governor said that the objective behind this celebration is to encourage our voters to participate in the democratic process.

“Active participation of people in electoral process is key to healthy democracy. Congratulations to the young voters who have enrolled recently,” the Lt Governor said.

The Lt Governor said that this years’ theme of National Voters’ Day, “Nothing like voting, I vote for sure” reminds every citizen of their solemn duty towards the nation and democratic principles.

On this occasion, let us take a pledge to keep the national interest paramount and rededicate ourselves to strengthen the democratic system, he added.

The Lt Governor said, exercising the ‘Right to Vote’ is the expression of one’s opinion which holds high value in the democracy. He called for upholding the democratic traditions of the country and the dignity of free, fair, transparent and peaceful elections.

The Election Commission of India has gained global recognition for a strong & transparent system. The Election Commission is continuously enriching and strengthening the electoral process by using IT tools, conducting free & fair elections, educating voters and also sharing its expertise with other countries, said the Lt Governor.

Despite all the challenges, as the world’s largest democracy rooted in democratic values, we have developed a robust structure which has strengthened inclusive development and fulfilling hopes & aspirations of the people, added the Lt Governor.

The Lt Governor said under the guidance of Hon’ble Prime Minister Shri Narendra Modi, the establishment of three-tier PRIs system and their participation in J&K’s developmental journey has truly empowered the common man.

He urged all remaining eligible citizens in the UT of J&K to enrol themselves in the Electoral Rolls and exercise the rights bestowed by the Indian Constitution.

On the occasion, Sh Rajiv Kumar, Chief Election Commissioner of India, through a video message, congratulated the people on National Voters’ Day.

Anil Salgotra, Joint Chief Electoral Officer, J&K gave a detailed briefing on the statistics of registration of new voters in J&K and the successful completion of the Delimitation process.