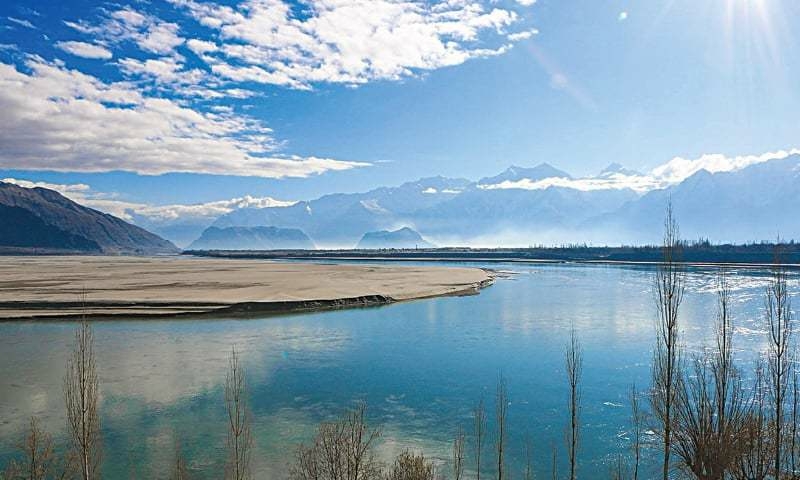 Ijaz Hussain, former dean of Social Sciences and chairman of the International Relations Department, Quaid-i-Azam University (QAU), Islamabad, has accomplished a monumental undertaking with the publication of Indus Waters Treaty: Political and Legal Dimensions. The book is timely because although Pakistan and India signed the Indus Waters Treaty (IWT) in 1960, its operation is becoming increasingly complex — a complexity that is only added to by the continuing role of the World Bank in the treaty’s dispute settlement administration.

Hussain notes that pursuant to the treaty, the World Bank acknowledged that the proposed allocation and diversion to India of the so-called three Eastern rivers of the Indus would involve the transfer of freshwater on an unprecedented scale — nearly twice as much as Egypt had hoped to get from the High Aswan Dam. He evaluates other relevant studies on the issue (he counts seven) from both the Pakistani and Indian perspectives but, as he acknowledges, in the final analysis it is nearly impossible to approach the study of ‘facts’ from a neutral perspective.

And as professional and dispassionate as his book is, ultimately it is a book written from a Pakistani perspective. It is refreshing to see this healthy self-reflection on the very emotive issue of water-sharing and for that candour alone, this book, with its particular focus on the political and legal aspects of the treaty, needs to be read widely.

The scope of the book is immense and the author builds on other excellent work that has been done in the field. For present purposes, the book begins with the pre-Partition colonial-era origins of the Indus waters’ dispute in which British administrators undertook canal building at an unprecedented scale. As Imran Ali’s exceptional book The Punjab Under Imperialism, 1885-1947 has shown, the goals were to increase food production and settle ‘new’ lands profitably, thereby aiming both to pacify the region after conquest and to tie the region’s new settlers to the state and its provision of canal waters for the production of their livelihoods and social power. This is important history to cover as it is too easily lost and forgotten in official present-day planning and development efforts, which ahistorically treat the operation of the current irrigation system as having somehow transcended and become free of these colonial-era objectives. As Hussain’s work reflects — and as I too have argued in my dissertation ‘Water as Power: The Law and Politics of Federalism in the Indus Basin’ — the colonial-era canal construction scheme continues to shape and affect the upstream-downstream water rivalry between Pakistan’s main canal-irrigated provinces, respectively Punjab and Sindh in the context of Pakistan’s federal institutional structure. If the country’s planners hope to overcome this long-contested history, they must first acknowledge and understand it and Hussain’s book is a rich source for that potential understanding.

After laying out the origin of the water dispute between what became upstream India and downstream Pakistan after Partition, Hussain then considers the World Bank’s entry into the canal waters dispute. As he explains, this intervention took the form of a unique and unprecedented mediatory role that the bank adopted to bring the parties, particularly Pakistan, to the treaty’s signing table. Through some fortuitous finds and excellent detective work tracing clues in the World Bank’s archives, Hussain shares valuable insights into how Pakistan was moved towards an agreement of what had been India’s initial plan to divide the rivers. He further explores the unique role of David Lilienthal who, in the context of Cold War politics and development, applied his long leadership experience as head of the United States’ Tennessee Valley Authority to the India-Pakistan water rivalry, and suggested that the basin be jointly developed and managed. Even though it became clear to the parties fairly early in the long treaty negotiations that, given the mutual mistrust and hostility, this proposal of co-management had very little prospect of success, Hussain rightly wonders whether there may still come a time when joint management of the Indus would be both wise and politically feasible.

Given Hussain’s analysis — which takes the reader on a rollercoaster ride through the effects of climate change, glacial melt, federal and trans-boundary geopolitics, the complexity of the international dispute-settlement mechanisms that the treaty sets up, and India’s continuing construction-related pressure in the Kashmiri territory it controls in the form of dams, hydropower generation and a cascade of run-of-the river projects — his conclusion is cautionary. In 2011, the US State Department, in a report under the chairmanship of then Senator John Kerry, concluded that the “cumulative effects of these projects could give India the ability to store enough water to limit supply to Pakistan at crucial moments in the growing season.” But since we began this present chapter of the IWT nearly 60 years ago with a similar problem resulting from the effects of Partition, the report’s finding begs the question of how far we have advanced to settle the dispute after all. Hussain leaves unanswered the as-yet untested question of the “causal relationship between water and wars.” All those who desire a more peaceful and prosperous future for the region must undertake some clear-headed study of the long history of water-sharing and development in the Indus basin. To that end, this book is a critical contribution.

In addition to being a superb work, Hussain has also overcome actual but needless and unfortunate hurdles as an archival historian. We should acknowledge his immense commitment in undertaking the vast archival research necessary to his inquiry at the World Bank’s headquarters in Washington DC. After requests for funding to his former institution QAU, Pakistan’s Higher Education Commission and the Fulbright programme failed to materialise, Hussain used his own funds and relied on the hospitality of friends in the American capital. This book is a testament to his desire to undertake his research with crucial primary documents in the archives and we can only hope that there is a lesson in here somewhere for both educational and research institutions who may be more generous in supporting the work of future researchers.

In addition to these logistical hurdles, Hussain very soon hit the wall of classification which researchers working on water in the South Asian region invariably have to face. Given the norm of declassification after 25 years, the fact that he could only access documents the Bank classifies as belonging to it and failed — again, after repeated requests — to access documents the Bank holds while classifying them as belonging to the respective governments, should be of concern to decision-makers as well as researchers. Why, in its fifth decade, are the treaty’s negotiating materials still classified by both governments? Given the reliance of the region on the waters of the Indus in the face of greater climate uncertainty, rising populations and increasing demands for economic development, we may legitimately ask whether continuing classification of the treaty’s negotiating documents in fact hampers productive policy-making going forward. Perhaps the richness of Hussain’s book, albeit from its limited sources, may encourage some soul-searching in relevant quarters to rethink policies that may have outlived their usefulness.

The reviewer is a Visiting Fellow at the Islamic Legal Studies Programme: Law and Social Change, at Harvard Law School