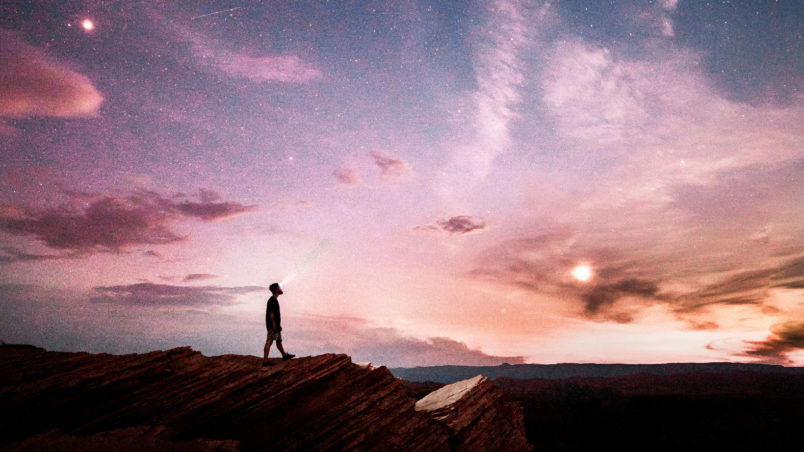 In religion and politics people’s beliefs and convictions are in almost every case gotten at second-hand, and without examination, from authorities who have not themselves examined the questions at issue but have taken them at second-hand from other non-examiners, whose opinions about them were not worth a brass farthing. ­­–– Mark Twain

Carl Earnest, in his book “Following Muhammad” has depicted the political and historic causes along with social and global consequences for the rise of political Islam in post-colonial world from scholarly perspective. The Muslim notion of world domination, though a long impending mission has assumed newer dimensions in the wake of postmodern era. Much infamous rhetorician Tarek Fateh in his book “The tragic illusions of Islamic state” has gone a step ahead and described the situation in much detail. Tarek, though rooted in rhetoric and hyperbole has raised some serious and sensitive questions with regard to the political interpretation of Islam. The love affair of Muslim theologians, masses, missionaries and imperial monarchs with the notion of Islamic state Islamic state is not something new. Being bluffed by the commutation of power, politics and religion the classical Islamic theorizers always thought that they are serving religion and God while in fact they were serving the interests of imperial monarchs under one title or the other.

The religion of Islam appears purely religious in the timeline of prophet Muhammad’s (saw) life. At what point of time the pristine religion of Islam turned into Arab imperialism and religious Islam mutated into political Islam is a difficult point in history to locate. But once this happened, all flood gates were let open and Muslims began to associate themselves more with a political geography than with the religious creed of Islam. This was also the time when God conscious souls fled away from population and State for they witnessed a vivid metamorphosis of religion into politics. The scores of Ahadith pertaining to the political identify, Khalifa, supremacy of Muslims, religious intolerance and equivalence of Islam to political theology seem obviously to be later day fabrications manufactured at the will of political imperial, who used religion as an opium to tame masses.

Throughout history, Muslims have fiddled with the concept of Islamic state, despite the fact that the very notion of Islamic state is full of loopholes and paradoxes of irreconcilable nature. Leaving apart the space time variance between Arabic peninsula in which Islam opened its eyes and our modern-day states, the very notion of Islamic state has been challenged by some of the contemporary Islamic scholars as well who have realised the inability to reconcile the premodern notion of Islamic state with postmodern world. In modern post-colonial times where quest for identity has been an endangered question and people have started to look for various ideological shortcuts, Muslim theologians have time again invoked the dubious and outmoded concept of Islamic state. There is an entire array of scholars followed by their political volunteers and religious zealots who have left no stone unturned to prove the tenacity of this notion of Islamic state. But the life of prophet Muhammad (PBUH) is devoid of any such political adventure. The events that unfolded in the Holy life of prophet Muhammad (PBUH) were much like divinely sanctioned ordinances. To put this Holy life out of perspective and to impose exterior narratives on his life to bring out fanciful consequences that very much suit the power play in our times in a sacrilege and blasphemy on part of Muslims. This interpretation, simply puts Prophet Muhammad (saw), who is otherwise mercy to the worlds, in the reference frame of warlord and political adventurer. The responsibility of this conclusion can’t placed entirely on that particular Oriental scholar for while making these comments he actually voiced a particularly section of Islamic reformists, who above everything look at Prophet (PBUH) as a political model.

History of religions in general and the history of Islam, in particular, brings home the fact that the institution of prophethood is a means of communication between man and divine whose primary and most sacred task is to bring moral and spiritual transformation among its followers. When these primary purposes area brushed aside for the sake of mundane political gains and the persona of prophet is invoked to substantiate familial monarchy , political coups and the division of world into we versus them we must muster the courage to demystify these narratives for the sake of our own religious identify. Another abnormal consequence of this “political rendering of sacred texts” is that it puts zealots in a “divinely sanctioned frame” encourages them to decide what’s right and wrong for everyone altogether and licenses them to carry their fanatic textual gymnastics by discriminating, maltreating and humiliating other religions. The destruction of Bahmiyan structures in recent past is a vivid example to this end. This fanatic religious zeal when mixed with religious sanction creates a class of psychos, who in their hurry for other worldly paradise turn this world into a hell to live in. In the history of Islam itself we have scholars and experts of highest order who have emphasised that Islamic state is not a religious prerogative but they were silenced under noises.

In our times Waheed UD Din Khan has tried to address this age long hallucination in the most befitting manner in Indian subcontinent, so have Javed Ahmad Ghamidi and others tried to relocate the notion of Khalifa in the contemporary global paradigm. But the notion of idealistic and utopian Islamic state continues to be the heartthrob of millions of those to whom the only religion is the religion of power. Those who fail to win the hearts of people hide their incapacity by winning their lands and shield their regression under blanket term that “Islam will dominate the world”. The need of the hour is to embrace religious Islam and to shun political Islam or else we will witnessing an unending drama of politicisation of Islam.