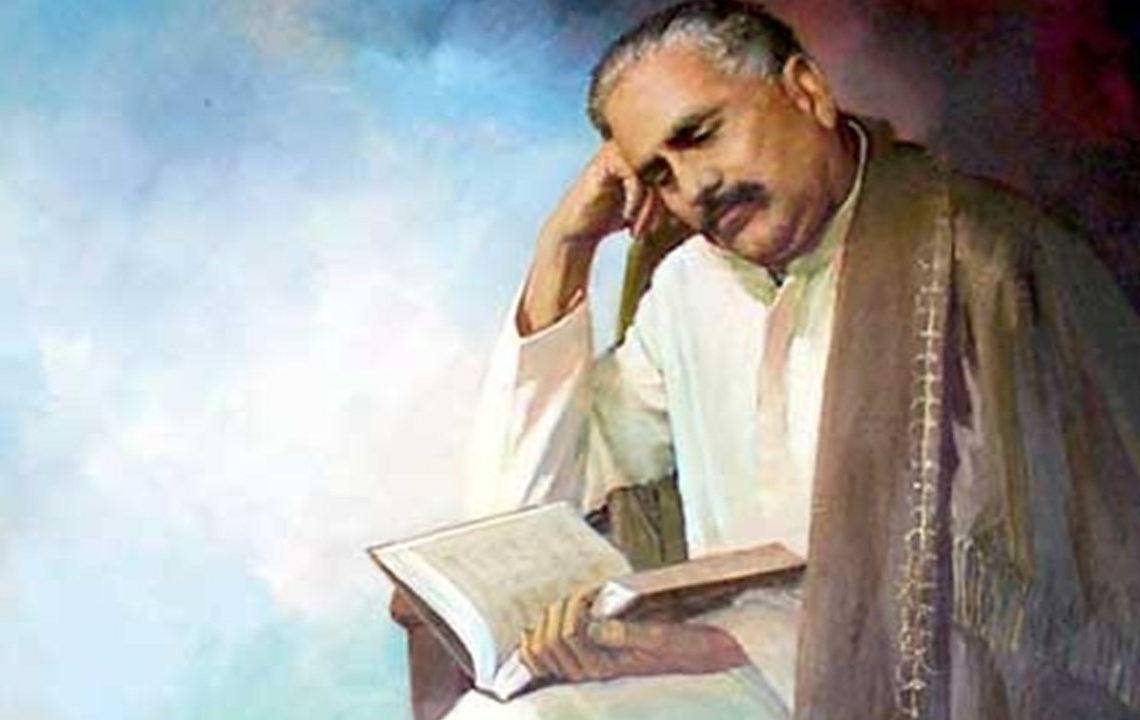 The first two decades of the twentieth century were fraught with political, scientific and religious incidents of far reaching consequences. Iqbal always took keen interest and kept a watchful eye on these incidents taking place at national and international level. The overall situation of Muslim world around the turn of the century was worrisome and like a hawk preying a dove, Muslim world was subjected to the malice of imperialism and overall anarchy characterised by features specific to each region. It was the ascendency of the West and Muslim decline in the backdrop of which Iqbal wrote his famous “Shikwa”, a poem that was subjected to analysis ranging from its poetics to its heterodox content. The poem assumed the tone of angst and disappointment towards God and given its connotations of disregard for the divinity, the poem came under strong criticism, lending Iqbal few fatwas. Taking stock of situations, Iqbal went on to write “Jawab I Shikwah” in 1912, that somehow neutralised the contentions raised by Shikwa and established a state of poise.

In a letter addressed to Atiya Faizi, Iqbal states that he has started to write a Mathnavi (Long poem) in Persian. This is the Mathnavi that later went on to become his famous Asrar I Khudi. In the same letter, Iqbal explains the reason for writing this Mathnavi and writes that his father wanted him to write something on the pattern of Bu Ali Qalander’s Persian Mathnavi. But father’s suggestion seems to have only played the role of catalyst, in this otherwise long-standing reaction which Iqbal had been harbouring in his mind for long. In Stray reflections itself, which Iqbal wrote in 1910, one can find the traces of what later on went to become the philosophy of the self, the crux and core of Asrar I Khudi. In a letter to Tamkeen Kazmi, Iqbal explained that he wanted to write the Mathnavi in Urdu, but the subtlety of themes prevented him from doing so. On April 16, 1912, Iqbal recited his nazm “Shama o Shair” in the annual session of Anjuman I Himayat I Islam which is a fine blend of analysis, self-consciousness and Iqbal’s progressive ideals. Around the same time, Iqbal’s mother went into illness, which tragically proved to be deadly.

In 1914, instead of reciting his poetry, Iqbal went on to make a speech on Islam and Tassawuf in Anjuman’s session. In the same year, Iqbal wrote to Girami and informed him of the Mathnavi that was under process. Iqbal wrote to Girami that “This Mathnavi is unique in the literary world of East and West in terms of the themes and issues it takes up”. This was also the time when Iqbal tried to imitate the satirical style of Akbar and wrote few odd couplets. But these were ill received by people and various false notions were attached to this genre of Iqbal’s poetry. Lest the smog of confusion may engulf everything, Iqbal wrote to Akbar, expressing his love and respect and the reason for imitating his style. In a letter to Shad, Iqbal reiterated his engagement with the Persian Mathnavi and went on to describe it as the ideal of his life, stating that, “I may die, but this (Mathnavi) is going to live”. In a letter written on 28 August, 1914, Iqbal went on to express himself on the war that had enveloped Europe and went on to predict that it might be the same war that has been described as Armageddon in religious eschatology.

The morning of November 9, 1914 dawned with grief and tragedy upon Iqbal, as he lost his mother, who had been ailing for some time. Given Iqbal’s attachment to his mother, the incident benumbed him, the fact he went on to express in numerous letters addressed to his friends and most explicitly in his poem “Valida Marhooma ki yaad Mein”. In one of his letters he went on to express his desire to rush towards death instead of waiting for death to come to him. He kept repeating his helplessness and the feeling of desolation that had taken him over. He wrote to Shad that his situation has been like that of restlessness and he wasn’t able to jot a single couplet, but also went on to state that the Persian Mathnavi is complete and will be sent for publication shortly. The year 1915 is an important milestone in the evolution of Muhammad Iqbal as this year saw the publication of Mathnavi Asrar I Khudi. On February 6, 1915, Iqbal wrote to Khwaja Hassan Nizami, informing that the Mathnavi is complete and seeking his suggestions for a proper title of the same. Iqbal wrote to Shad that the Mathnavi is ready and its Urdu preface will be worth reading, and indeed it was so. In the preface, Iqbal set before himself the task of explaining the meaning and connotations of Khudi as he had used it in his Mathnavi. He went on to describe self or ego as the centre of creativity and the unifying force that illuminates and unifies the diverse states of human psyche in a unified whole. Iqbal also went on to clarify that Khudi hasn’t been used in the traditional sense of arrogance or false pride. It has been used in the sense of self-realisation and self-consciousness.

The appraisal for Mathnavi was accompanied by strong criticism, from mystics in particular. Iqbal had launched, in a sense, a war against the prevalent mystical practices and by subjecting Hafiz Sherazi to incisive criticism, he had further enlarged the spectrum of critics. In a letter to Khwaja Hassan Nizami, he went on to express his ancestral association with Tassawuf and also emphasised that European philosophy, of which he was himself a keen student, on the whole leads a person towards mystical thought. But he explicitly stated that an in-depth study of Quran has revealed unto him the toxicity of prevalent Sufism and he thus had to launch himself against it. There ensued a permanent deadlock between Iqbal and his opponents, leading among whom was Khwaja Hassan Nizami and a series of articles and counter articles were written defending and deranging the contents of Mathnavi. Iqbal harboured a critique at home as well and his father wasn’t comfortable with the opinion Iqbal had expressed about Hafiz and directed him to omit the couplets speaking ill of Hafiz Sherazi. To clear his position, Iqbal started a series of articles in which he tried to define his position with respect to Tassawuf. Around this era, Iqbal also stated to write a booklet on the evolution of mysticism in Islam. Perhaps it is this book which later on went to become Takeekh I Tassawuf. We shall have the occasion of discussing this Mathnavi elsewhere in detail, but its mention popped up to maintain chronological continuity in narrating Allama’s life.