Reverse migration:Life comes a cropper for non-locals in Kashmir 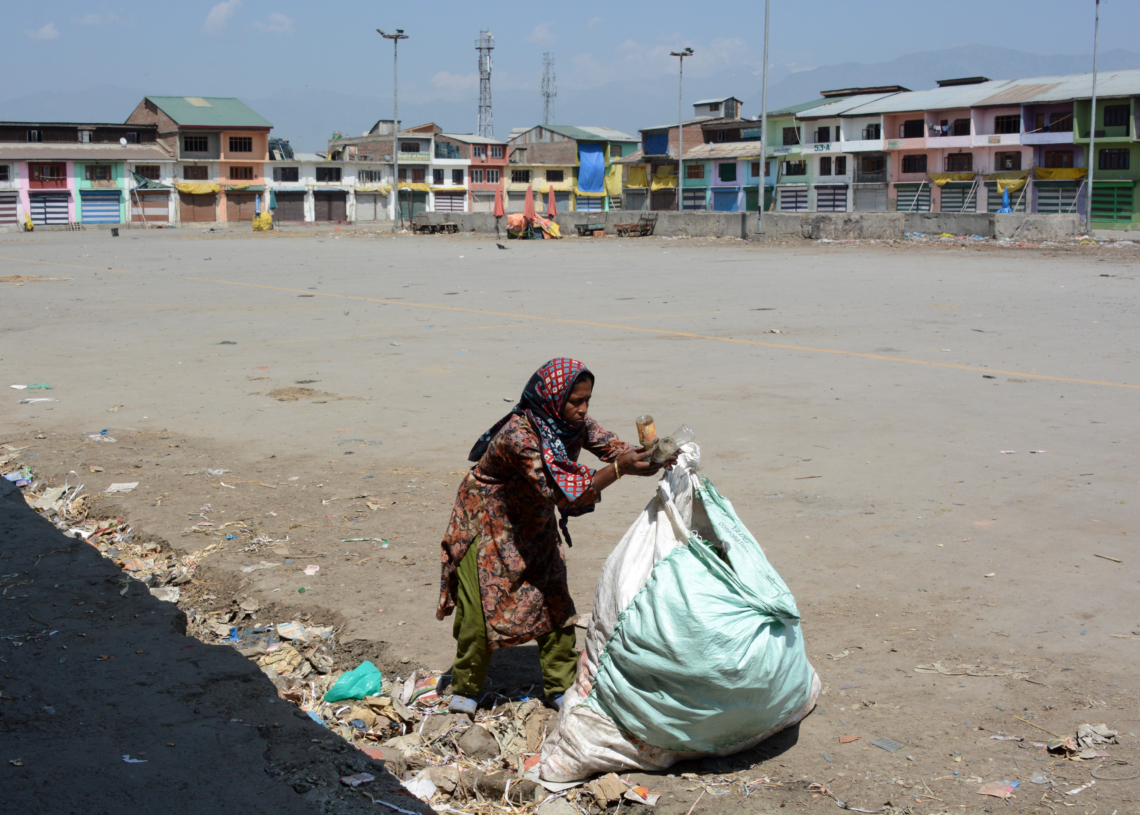 Srinagar: A Woman rag-picker collects bottles at a deserted famous 'Fruit Mandi' on the 41st day of Strike after the abrogration of Article 370 and bifurcation of State, in Srinagar on Saturday, Sept, 14 , 2019. PTI Photo by Umar Ganie

Srinagar, Nov 10:  On a chilly November morning, tailor Suresh Kumar along with his four family members is busy loading his belongings including a switching machine into a cab at Tourist Reception Center, here.

Kumar, who has been living in Kashmir for the last 15 years, has cut-short his stay to leave for his home in Uttar Pradesh. Scared after 11 non-locals including truckers, apple trader and labourers were killed, Kumar decided to call it quits and leave for his hometown in UP.

“All my associates from Anantnag left for their homes. I don’t think it will be a wise decision to stay here especially when many non-locals have been attacked in the last one month,” he said.

Kumar has joined a long list of migrant workers who have either left or winding up their businesses to go home following attacks on non-locals in Kashmir.

A cab driver at TRC said on an average nearly 10 to 20 taxis leave for Jammu with migrant workers on board.   “Mostly non-locals would leave for their homes in mid-November.  In October, people, who would work in north or south Kashmir areas, have left for their homes,” he said.

Non-locals have been leaving the valley since August 5 when central government abrogated article 370 and bifurcated state in two union territories.

“Growers had to face immense hardship in absence of non-local labourers.  Even fruit markets where they would load apples, remained deserted this year,” said Ghulam Mohammad a grower from Pattan area of North Kashmir.

The migration of non-local labourers also hit developmental works in Kashmir. An official of Roads and Building Department said work on many of their projects have been stopped due to the absence of non-local workforce.