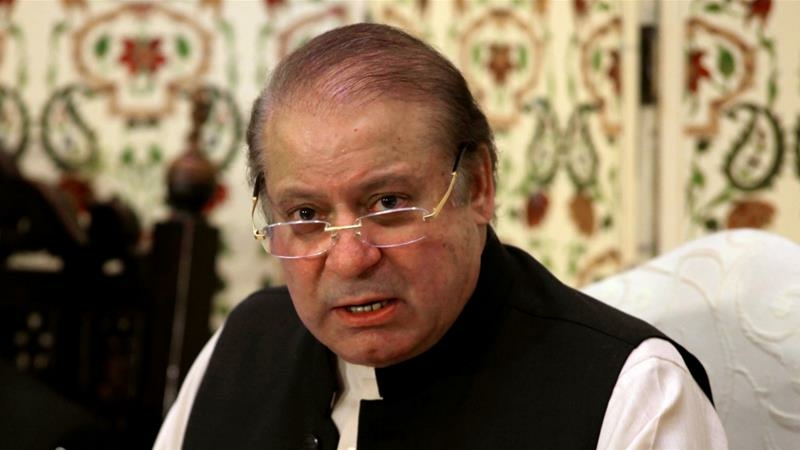 I HAVE often been to farewell parties for retiring civil servants that closely resemble funerals where the outgoing official is the corpse being laid to rest. Almost invariably, his colleagues present him with a copy of the Holy Book: the message is that he will be able to prepare for the afterlife in his ample spare time.

Is this how Nawaz Sharif feels in the wake of the Supreme Court decision barring him forever from standing for election? If he thinks he’s walked into a knockout punch, let me reassure him that there’s life after retirement. After I took early retirement from the civil service 20 years ago, I headed a private university, something that gave me great satisfaction, apart from paying me more than the government ever did.

But frankly, I can’t see our 68 year-old ex-PM in an academic role, and he clearly doesn’t need money. So perhaps he could consider writing a book he could call ‘How to Get to the Top — and Stay There’. His problem is that despite his undoubted energy and ambition, his overconfidence pushes him into confrontations he can’t win. Alternatively, he could put together a collection of Kashmiri and Lahori recipes. As a fellow foodie, I would happily buy a copy.

But Nawaz Sharif isn’t the only politician who should be looking at post-retirement options. Imran Khan is now in his mid-60s, and a lifetime of fast bowling, followed by endless rallies and dharnas, must have taken a toll on even this gifted athlete. According to Wikipedia, he has a net worth of Rs1.4 billion, so like his rival Nawaz Sharif, Imran Khan doesn’t need money for his retirement either.

Our politicians should know there’s life after retirement.

Having remarried recently, I’m sure his bride would be glad to spend some quality time with her hubby instead of seeing him briefly in between court hearings and public rallies.

But given his energy, I’m sure the Kaptaan would want to continue making a contribution to Pakistan. Perhaps he could buy a cricket team in our highly successful T-20 cricket tournament, the PSL? Or even set up a cricket team in his Bani Gala neighbourhood he could call The Avengers?

Asif Zardari, although only 62, is already living a semi-retired life, and last I heard, he wasn’t exactly suffering as a result. Apart from the occasional public appearance and oracular pronouncement, he maintains a low profile at Bilawal House in Karachi.

He also has properties in Dubai and other cities, and while rumours about his personal wealth are legion, let me just cite a website that estimates his net worth at 189 billion rupees. So there would be no danger of our ex-president being on the dole any time soon. And should he ever feel the need to top up his account, all he needs to do is to walk into his personal ATM called Sindh.

In a more serious vein, why shouldn’t there be a retirement age for politicians? After all, civil servants, judges and generals go home at certain points in their careers, so why should politicians continue until they are removed by the judiciary or the military?

Granted they all say they want to serve us, but in my experience, they love power, and enjoy basking in the limelight. And while many make money on the side, it’s the trappings of authority that gives them a high.

When he re-entered politics after several years in business, I asked my late and much-missed friend Salmaan Taseer why he had decided to return to the PPP when he was doing so well as a businessman. “Yaar,” he replied. “The sound of sirens as you are being driven in an official motorcade is a different kind of buzz.”

Almost every politician I have met assures me that his or her objective is — wait for it — “to serve the masses”. This reminds me of a science fiction short story I read years ago in which aliens arrive on Earth, and stop all wars. They also eliminate disease and help mankind to become healthier than ever before in history. Their arrival is hailed as a great boon until the hero of the story translates an alien manual called ‘Serving Earthmen’. It turns out to be a cookbook.

The reality of their intentions becomes clear if you look at the attendance record of politicians in our assemblies. Last year, Nawaz Sharif attended only six out of 102 assembly sessions, an attendance record better only than that of Imran Khan who deigned to come only twice to the National Assembly. Federal ministers, while not as bad, have a very poor record, too.

There is a constitutional provision under which a member can be unseated for missing 40 consecutive assembly sessions, but unfortunately, this clause has become rusty from disuse. So how about using it to send legislators who draw salaries and perks without doing their jobs home?