Reshma: The story of resilience 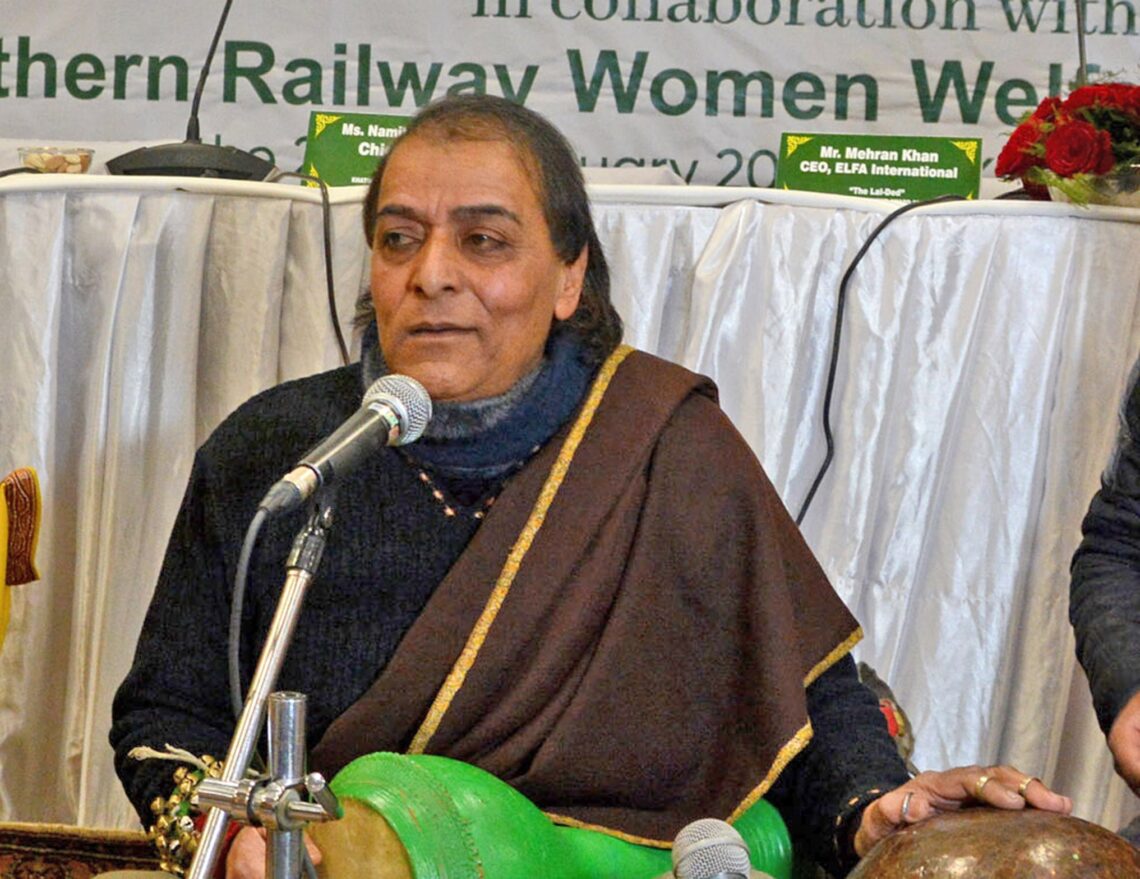 Reshma, who was at the forefront of transgender community’s struggle for dignity in Kashmir, passed away on Sunday. The singer fought for the marginalised community. Three years ago, I met Reshma as an intern for a story.

Here is a sneak peak into life and struggle of the iconic singer.

Srinagar: While the thin shrill of a pickle seller fills the sleepy afternoon, the decrepit bylanes of Merjanpora in downtown Srinagar come to a halt outside the residence of one of the popular faces on the marriage circuit of the valley. A dull brown gate leads to the white coloured two-storey house of Abdul Rashid, known better by their alias “Reshma” among the valleyites. We meet up for a brief chat.

The first impression is that of meticulousness. They sport a smooth clean shaven face, neatly combed cropped hair, and well ironed black kurta with matching off white shalwar. A bright smile that forms creases around their kohl-filled eyes immediately sets me at ease.

Reshma was born in an extended family of six brothers and two sisters. At the age of 11, they developed a penchant for singing and dancing. As the years rolled by, their gait and way of talking underwent a sea change. They became more conscious of their appearance and preferred wearing feminine colours. Their mannerisms and feminine dressing sense irked their family members.

“Every time I heard a Kashmiri song in the background, I would sing and dance along. My family took umbrage at my changing behaviour. They thrashed me many times but I was defiant and adamant. If only they knew of my inner conflicts.”

Reshma’s family refused to accept their identity as a transgender. Fearing societal backlash, they got them out of the school in 5th standard. They were ordered to learn tailoring instead. It was among the first experiences of brutal psychological violence which has been a recurrent feature of their life. They recollect: “I left studies halfway. At school, my teachers and classmates mocked me. The last resort was home.”

Their Uncle, a tailor by profession, decided to take them under their wing. Gradually, they began to learn tailoring skills at his shop. There were times when they felt choked. They wanted to play with other children. The fear of becoming an odd one out wouldn’t let them explore the world outside: “I would see kids of my age playing hop scotch and bursting into laughter. Who wouldn’t want to join a happy crowd of kids? How could I join them? I knew they would find me strange and poke fun at me”

One day, they were asked to deliver some stitched clothes in Lal Bazar locality. Little did they know that this brief visit would bring out the hidden singer in her. They recollect it with a wistful nostalgia, with eyes assuming a faraway expression: “I was asked to deliver newly stitched clothes in a posh locality of Lal Bazar. I got into a conversation with the family. Their daughter insisted that I hum a song. I started singing and all the members in the room paid attention. I received praises from each one of them. The family head got so impressed by my singing prowess that he immediately named me “Reshma”. This is how my public name came about”

On returning home, they expressed their desires of becoming a singer to their mother. They narrated how they garnered praises from a family that they had visited.

“That day, I was elated. I shared the events with my mother. I couldn’t contain myself and told her of pursuing a career in singing and dancing. I even told her the name they gave to me. As I vented my thoughts, she became inconsolable. She assumed that they made fun of me which was not true”

They knew their happiness was short-lived and continued making a living with tailoring. Suddenly, life took a strange turn. They chose their desired path and this time it was circumstances that compelled them to do so.

“While I was in my late 20’s, something terrible happened. My younger brother’s sudden death left the whole family in a state of shock. He was survived by three kids. I decided to take care of them. This led to another emotional battle. My close relatives pointed fingers and fought tooth and nail against this decision. They were skeptical about my capabilities. How can a transgender raise a family? This question was continuously posed at me”

They proved all the naysayers wrong and succeeded in breaking the stereotype. The paltry income of tailoring was not enough to make the ends meet. Raising three young children and funding their education required more hard-work. Their passion for singing helped to get through. They started performing at wedding ceremonies and rose to fame.

“I always dreamt of becoming a singer. Look at the whims of fate. I never thought this would become a means of earning livelihood. I feared living a lonely life. But I have a family now. They love me unconditionally. I wouldn’t have asked for anything else”

As the death of Reshma plunged the valley into grief and sense of loss, her songs in which she unfailingly breathed life and soul, clearly possessed a life beyond measure or mortal parameters.