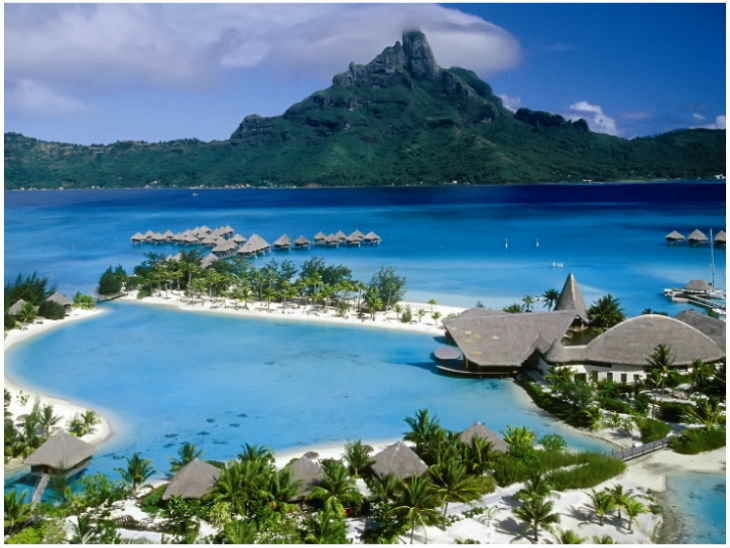 Port Blair: Prime Minister Narendra Modi while addressing a public meeting at Marina Park in Port Blair, Andaman and Nicobar Islands, Sunday, Dec 30, 2018, to mark the 75th anniversary of the hoisting of Tricolour on Indian soil by Subhash Chandra Bose.

On December 30, 2018, three islands of the Andaman group were renamed. The Ross Island as Netaji Subhas Chandra Bose Dweep, Neil Island as Shaheed Dweep and Havelock Island as Swaraj Dweep. The renaming commemorates Netaji Subhas Chandra Bose’s visit to the Andamans as the commander of the Azad Hind Fauj (INA) in December 1943. This was during World War II when the Japanese had occupied the Islands as allies of INA. They had wrested control from the British who had colonised the Islands in 1858. Although mistakenly assumed to be a consequence of the Revolt of 1857, the colonisation of the Andamans was an outcome of the oceanic politics of the Raj and its need for a strategic foothold in the Bay of Bengal.

The Japanese occupation was a curious phase in the Andamans’ history. During my PhD fieldwork in the Andamans in 2002, I interviewed several people regarding their experience of living under the Japanese occupation. The settlers on the Andamans in the 1940s included ex-convicts, descendants of convicts (known as local-borns), the Chinese and Burmese convict labourers besides the settler communities — the Moplah rebels from Malabar; Bhantu, a “criminal tribe” of Sultana dacoit’s gang from UP; Karens, a Christian hill tribe of Burma; and the Catholic labourers from Ranchi who had migrated in the mid-1920s under a settlement scheme.

The settlers across the board remembered the period of Japanese occupation as one of intense misery, poverty and constant fear.

Shanti, a septuagenarian Bhantu, recounted how they were reduced to eating wild roots and wearing gunny bags as the Japanese used to take away their entire paddy crop. Her father saved some rice by placing it in a hole at the back of the house and putting a charpoy on top. In a low conspiratorial voice Shanti also confided how the Japanese soldiers were always seeking Bhantu women.

Asharfi Lal, another septuagenarian, corroborated Shanti’s horrifying tales. He was amongst the few Bhantus to attend the Japanese school and live amongst the Japanese soldiers. He reminisced with a shudder how many settlers were taken away on boats and dumped into the sea near Havelock Island and many of them were lined up and shot.

Many residents of the convict villages denounced their neighbours to save themselves. When asked how they celebrated the coming of Independence, Lal replied he was very happy the day the Andamans got azadi and the Union Jack went up. I thought he got the name of the flag wrong. I asked him for the date of Independence and he said: “1945.” It was the British reoccupation of the Islands on October 7, 1945, that he remembered as the day of Independence.

One wonders which “Swaraj” the renaming is celebrating — the one Netaji failed to achieve, the one in 1945 or that of 1947? And which “Shaheed” is being commemorated — the native Andamanese whom British exterminated; or the ones the Japanese massacred; or V D Savarkar who had no connection with the Andamans except for spending a few years in the Cellular Jail; or Netaji who was supposedly unaware of Japanese atrocities?

Historical evidence points in the direction of Bose’s visit having been stage managed by the Japanese generals stationed on the Andamans. However, what could Bose have done had he known? Was he really in a position to challenge the only allies he had? After all, the loss of lives of the local Andamanese was small compared to the INA soldiers who were willingly laying down their lives for India’s independence. I had met local people who would have liked to see Neil and Havelock islands renamed (not Ross Island as it was named after Sir Ronald Ross, the discoverer of mosquito transmission of malaria”) because they were named after two British officers James Neil and Henry Havelock who were infamous for their role in the Revolt of 1857. But I am not sure if they had wished them to be changed to commemorate Netaji.

The Andaman Islands became part of the Indian Republic with Partition. Mountbatten handed them to Nehru, despite Jinnah’s repeated claims, because in his view the Republic of India was the inheritor of the legacy of nationalist struggle and thereby of the Andamans, which were a sacred symbol of this struggle. It’s a different matter that Mountbatten had hoped to use the Islands’ as a British naval base.

The inclusion of the Andamans in the Indian Union was thus the culmination of a century-long process, beginning with its colonisation in 1858 and then with imprisonment of the Indian revolutionaries in the Cellular Jail from 1910 onwards. The experiences of the revolutionaries, who were numerically minuscule in comparison to the settlers, forged and immortalised a monochromatic image of the Islands as a muktitirth, sacred site of nationalism. This image shrouded the history of the indigenous Andamanese, the ordinary convicts, their descendants, and settler communities who made it their home. This image continues to be reproduced with the naming of the Port Blair airport after Savarkar and the installation of his statue inside the Cellular Jail by the Vajpayee government and now with the renamings. The irony is the more we rename the more we erase; and what gets swept away is not the Mughal or the British master’s history, but our own past.