Reimagining Agriculture during COVID-19 and Beyond 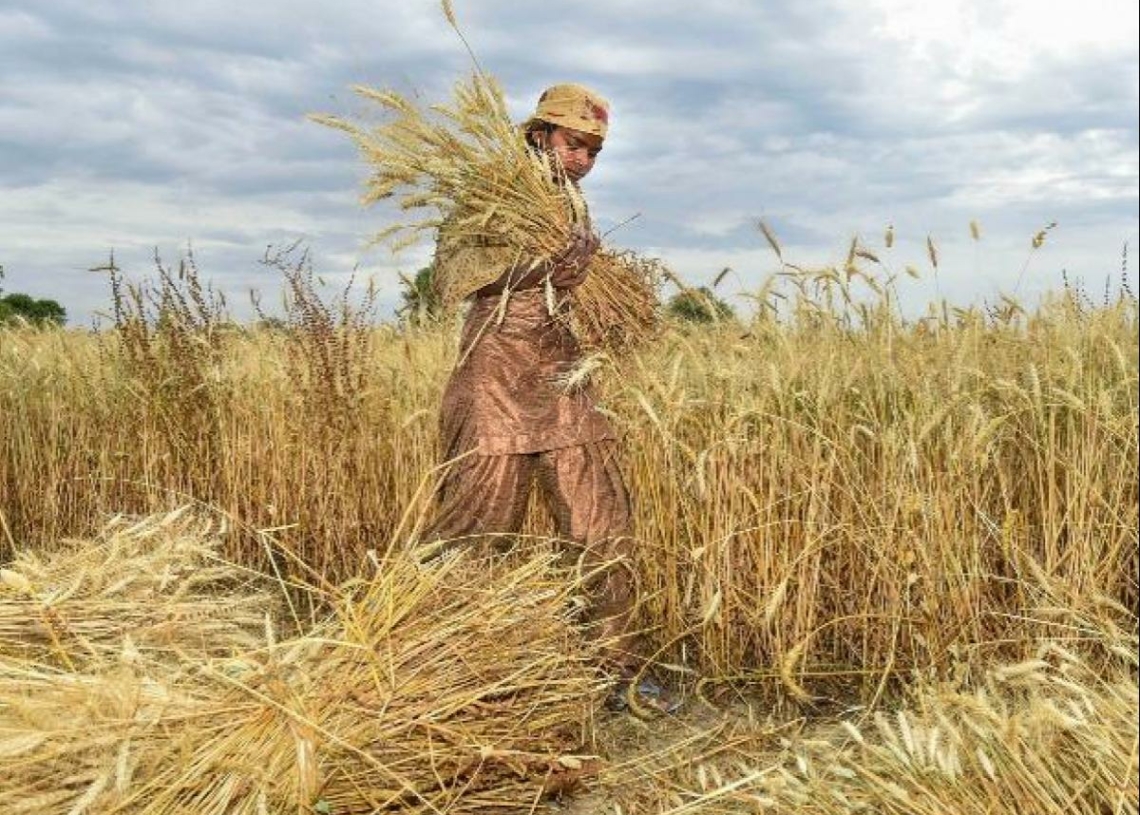 By Siraj A. Chaudhry

The Agriculture sector has been the ‘economic sweet-spot,’ being amongst the least affected segments of the economy during the current pandemic. Despite all the hardships the Indian economy faced during the last six months, the Agriculture sector has given respite to the country as a whole. At a time when the Indian economy has contracted by 23.9% during Q1 of 2020-21, agriculture and allied activities were the sole bright spot amid the dismal performance of other sectors, clocking a growth rate of 3.4% at constant prices during Q1 of 2020-21.

The outbreak of COVID-19 in India and the resultant lockdowns have disrupted all spheres of life and the Agriculture sector was no exception to this. The Nation-wide lockdown was in place at a time when India harvested record high Rabi crop and farmers faced several challenges in marketing their produce because of hiccups in logistics and restricted movement of goods. Despite Govt. exempting agricultural operations under the disaster management act, concerning lockdown, to avoid any supply chain disruptions, there were initial hiccups in the distribution of food items to last-mile delivery points. As a result, arrivals of Rabi crops were lower and prices of several commodities, especially horticulture crops and meat products, crashed, sending shivers to the farmers. Further, lower demand both at the domestic front as well as at the export front aggravated the woes of farmers. The Government of India has been mindful of these issues and taken some germane measures to rectify these problems. Accordingly, in the third tranche of the Aatma Nirbhar Bharat special economic package, it brought in reforms in the agriculture sector. It focused on long-term issues in the agrarian sector by promising to finance to strengthen infrastructure, build better logistics and ramp up storage capacities, as well as proposing major governance and administrative reforms.

Indian Agriculture sector, especially farmers, had been resilient to the pandemic and responded positively by way of the increased area under cultivation during the ongoing Kharif season. Nature stood by the farmers with timely, adequate, and well-distributed rainfall across the country, which was encouraging for the Kharif sowing. The sector not only employed the mass labour force which had returned to their native places during the lockdown but has also raised hopes for a promising Kharif harvest. This is, though, not the time to become complacent and rather use the current situation as an opportunity to address the longstanding issues that have been plaguing Indian Agriculture.

The production & marketing practices must adapt to the changing times. Farmers should be motivated to gradually move away from cereals cultivation to Pulses & Oilseed cultivation. This will reduce the food import bill to a great extent and align the crops to the market forces. Besides, huge investments in R&D should be undertaken to improve the productivity levels of Pulses and Oilseeds, so that farm realizations do not alter much from this shift. The farmers should also be encouraged to adopt mechanization of farming processes and domestic companies should be incentivized to produce farming implements at affordable rates. Further, with the promulgation of Ordinance related to agricultural marketing, there is tremendous scope for the transformation of the existing supply chains making procurement and aggregation warehouse centric and warehouse/storage structures such as silos will evolve as private mandis reducing the burden on the existing APMC’s.

Increased focus on electronic trading of agriculture produce by the Govt. will lead to the emergence of state-of-the-art market places providing a complete set of services right from assaying, testing & certification, aggregation, financing, and clearing & settlement.  Investments in scientific warehousing of agricultural commodities, cold storages and refrigerated transport to be promoted to facilitate the upcoming change besides these investments will minimize post-harvest losses. Relevant incentives and tax sops for the food processing industry will increase the share of value-added products in the overall exports. Deployment of the latest technologies such as remote sensing, GIS applications to be made available to farmers at large at affordable prices so that timely farming practices can be undertaken to minimise production risks. Market intelligence on prices, arrivals, and other trade-related information should be made available to farmers on a real-time basis so that informed decisions can be taken by farmers. It’s the right time for the country to gradually move from food security to nutrition security, and the right steps in this direction will speed up the transformation that should result in uplifting rural prosperity and grow a sector that now supports an even larger section of the population.

(The author is MD & CEO of NCML.Views are personal.  )