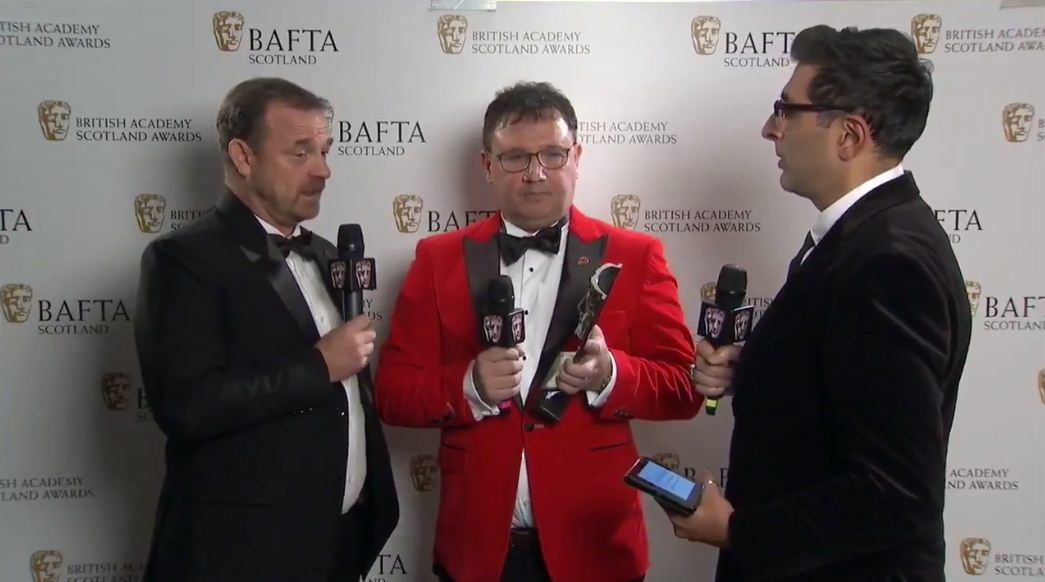 Glasgow, Nov 4: A documentary on Real Kashmir FC has bagged the prestigious British Academy of Film and Television Awards (BAFTA) Scotland Awards 2019 at a glittering ceremony in Glasgow, Scotland.

The documentary narrates the journey of former Rangers ace David Robertson as the coach of Real Kashmir FC, which in its first season finished third in the I-League, which is currently India’s second-tier football league.

The hour-long film, which was aired by BBC Scotland earlier this year, won in the ‘Single Documentary’ category.

“It feels amazing to have received this award at one of the biggest platforms in the world, BAFTA,” said Sandeep Chattoo, co-founder of Real Kashmir FC.

“Our dream, which started as a small team of Kashmiri Youth, playing football as a hobby, soon became one of the biggest and the most successful dream runs by any team.

“This award is a tribute to each and every person who has contributed to making this club what it is today. I thank David for his selfless effort in keeping the team together and would also like to thank Greg Clarke for bringing out the story beautifully on screen,” he added.

The director of the show, Clark was also nominated in the ‘Director – Factual’ category but he missed out of the award to Matt Pinder, who was adjudged winner for his film ‘Murder Case’.

“It’s not really about football..it’s about the chance to get behind something and have some hopes and dreams…which is away from politics,” Clarke said when asked about the documentary.

Coach Robertson said he and team members wanted to deliver their best.

“I was in US for 10 years and it is difficult to get back in the game and when the opportunity came, I took it. I had thought that everywhere in India was hot but realised on the second day in Srinagar when it was snowing… It doesn’t matter where you are in the world, you just want to do your best,” he said.

Real Kashmir had a fairytale journey in their debut I-League season in 2017-18 as the team scripted some memorable wins against top sides including East Bengal and Mohun Bagan as they finished with 36 points from 19 games.