Ranbir-Alia wedding date, venue and guest list: All you need to know 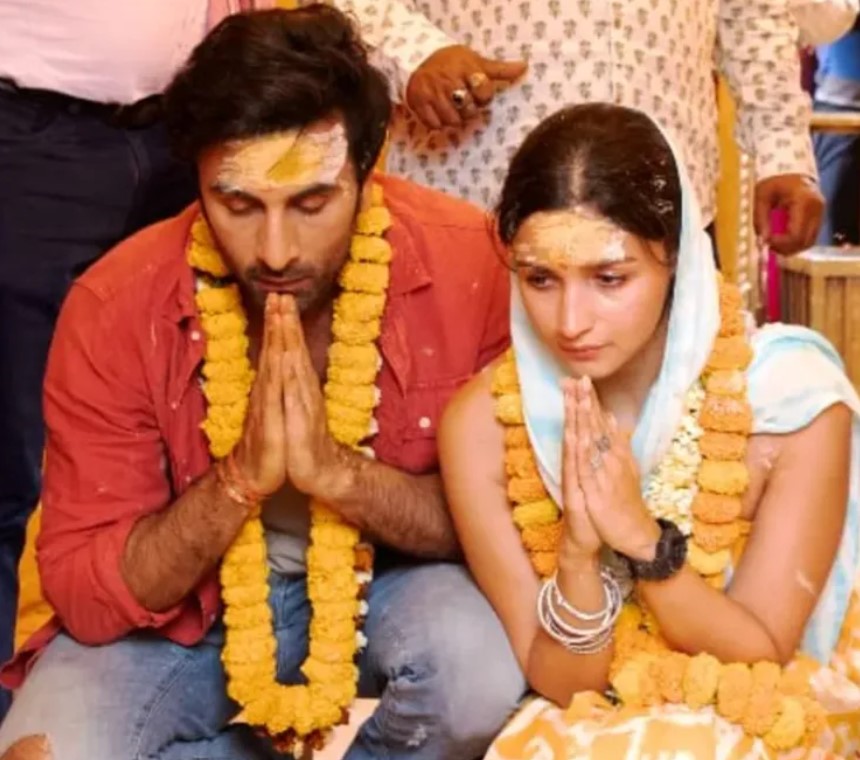 Ranbir Kapoor and Alia Bhatt will soon be husband and wife. Ahead of the grand shaadi, here’s everything you need to know about the wedding date, venue and guest list.

Ranbir Kapoor and Alia Bhatt will soon tie the knot.

Ranbir Kapoor and Alia Bhatt are soon getting married, and we can’t keep calm. Their pre-wedding rituals have kickstarted today, April 13, with the Ganesh puja. It will later be followed by a mehendi ceremony. The close-family affair is taking place at Ranbir’s Vastu apartment. Ahead of that, here’s everything you need to know about Ranbir and Alia’s wedding date, the venue and the starry guest list.

WHAT IS RANBIR AND ALIA’S WEDDING DATE?

Ranbir Kapoor and Alia Bhatt’s wedding date drama continues as sources say that it could either be April 14 or 15. A source close to the family confirmed that the wedding will take place on April 14 in the afternoon at Vastu. However, another theory doing the rounds is that the couple will take pheras on April 14 post midnight which marks the next day – April 15 as their wedding date. The couple’s mehendi ceremony will begin between 1-2 pm today. The sangeet will start late evening around 10:30 pm.

The IT couple of Bollywood will get married at the Vastu building in Mumbai, where both Alia and Ranbir own individual apartments. Ahead of the big day, on April 12, we saw lights being brought in to decorate Vastu from top to bottom and the end result was beautiful.

It is confirmed that Karan Johar, Ayan Mukerji, Manish Malhotra, Anushka Ranjan and her sister Akansha Ranjan will definitely be attending the wedding. Apart from these Bollywood celebrities, Ranbir and Alia’s friends and family will also be a part of their big day. Neetu Kapoor, Riddhima Kapoor Sahni, Kareena Kapoor Khan, Saif Ali Khan, Karisma Kapoor, Mahesh Bhatt, Mukesh Bhatt, and Soni Razdan will all be part of the wedding festivities.

Ranbir Kapoor and Alia Bhatt will host not one but two grand wedding receptions for their industry friends on April 16 and 17, respectively. A few days back, IndiaToday.in exclusively revealed their reception guest list. A source shared with us, “Ranbir and Alia’s wedding reception will be a lavish affair. Bollywood celebrities like Shah Rukh Khan, Ranveer Singh, Deepika Padukone, Sanjay Leela Bhansali, Aditya Chopra, Ayan Mukerji, Aditya Roy Kapur, Arjun Kapoor, Karan Johar have been invited to Ranbir and Alia’s reception.