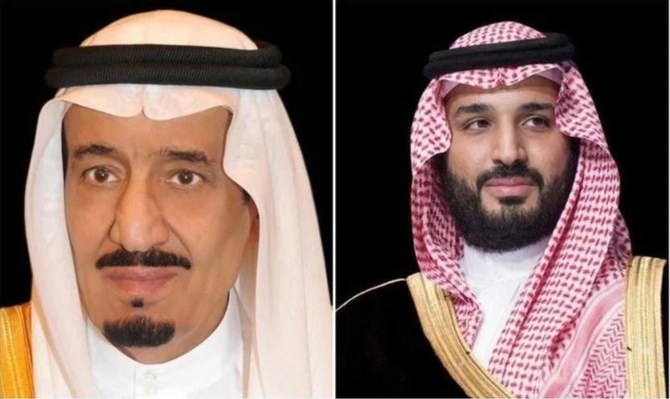 Arab News reported Dr. Abdullah bin Sharaf Al-Ghamdi, president of the Saudi Data and Artificial Intelligence Authority and chairman of the supervisory committee of the platform, known as Ehsan, thanked the Saudi leaders for their generosity. He said this would further motivate citizens and residents to assist in government-led projects of social solidarity, particularly during Ramadan.

Al-Ghamdi said the crown prince was already playing a leading role at the SDAIA, as chairman, which has supported the work of the Ehsan campaign. He said the Kingdom continues to play a “leading” role in providing aid to the most vulnerable communities around the world.

“Investing in artificial intelligence to establish an effective digital system such as Ehsan, which provides simplified and safe as well as highly credible and efficient ways to donate, (is) in line with the Kingdom’s Vision 2030 objectives aimed at promoting and developing the charitable work sector, (and) increasing its contributions to the development of society,” he said.

The campaign enables philanthropists, financiers, and donors to make their donations in a reliable and secure digital way to the various charitable opportunities and fields offered by the Ehsan platform.

In the first campaign, organized last Ramadan, King Salman and the crown prince made multiple donations via Ehsan that pushed the platform’s total figure past the SR1 billion mark.

Since its launch, Ehsan has received more than SR1.4 billion from 22 million donor operations, and distributed financial aid to more than 4.3 million beneficiaries. It is aimed at assisting those facing financial hardship, including orphans, the sick, the elderly, and people living in substandard housing.

“There is no doubt that the launch of the second national campaign for charitable work will achieve a deeper impact from several aspects. The direct beneficiaries of this blessed support are the people of the country, to improve the quality of their lives and empower them and achieve stability and comfortable life for them,” said Saleh Al-Dahmashi, secretary-general of the Charitable Foundation for Orphans Care, Ekhaa.

Saleh Al-Dahmashi, the Secretary-General of the Charitable Foundation for Orphans Care (Ekhaa). (Supplied)

Al-Dahmashi told Arab News that this campaign promotes charitable work in Saudi society, and emphasizes national cohesion among members of the society.

He added the campaign “will revive the nonprofit sector in a way that will be able to provide … services to the beneficiaries of the various segments of society, which will contribute to improving their living conditions, supporting them and meeting their needs, in addition to enabling charitable organizations to continue their support and achieve the sustainability of their programs.”

Al-Dahmashi confirmed that launching the campaign will “ensure that support reaches those who deserve it.”

Dr. Khaled Al-Shraideh, professor of sociology at Qassim University, stressed that the king and the crown prince’s donation of SR50 million is an invitation to associations, institutions, companies, and individuals to interact with this charitable event, “and we all noticed that everyone competed to provide aid and donations offered by various channels.

“When the needy see this demand for the diversity of contributions, he will feel that all these efforts are being made for him to alleviate his need. This will reflect on his psyche and even his affiliation and loyalty to his homeland,” Al-Shraideh added.