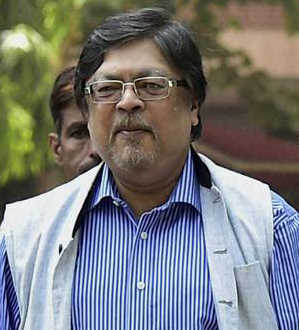 The 65-year-old was the editor of Pioneer newspaper.

Prime Minister Narendra Modi remembered the journalist for his intellect and insights and condoled his demise.

“Shri Chandan Mitra Ji will be remembered for his intellect and insights. He distinguished himself in the world of media as well as politics. Anguished by his demise. Condolences to his family and admirers. Om Shanti,” the PM said in a tweet.

Kushan said his father had been suffering for a while.

“Since it is already out there; Dad passed away late last night. He had been suffering for a while,” his son said in a tweet.

BJP MP Swapan Dasgupta posted a picture of Mitra and himself from a school trip in 1972 and wished for his friend to be happy wherever he was.

“I lost my closest friend—editor of Pioneer & former MP Chandan Mitra—this morning. We were together as students of La Martiniere & went on to St Stephen’s & Oxford. We joined journalism at the same time & shared the excitement of Ayodhya & the saffron wave,” he said in a tweet.

“I am posting a photograph of Chandan Mitra and me together during a school trip in 1972. Be happy my dear friend wherever you are. Om Shanti,” Dasgupta said.