Rajnath Singh on 2-day visit to J&K from today 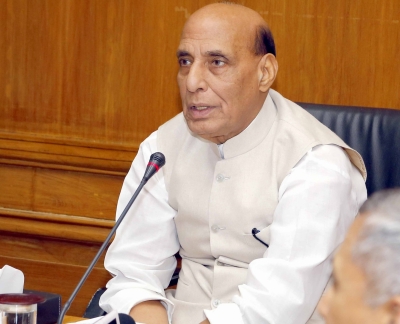 Srinagar, June 16: Defence Minister Rajnath Singh is arriving on Thursday on a two-day visit to Jammu and Kashmir during which he will review the overall security situation in the union territory.

Official sources said that the Defence Minister will also visit various forward areas and review the preparedness of the army deployed on the country’s defence.

Senior commanders of the army will brief him about the overall security situation in the hinterland and the Line of Control (LoC).

Following recent innocent killings by the terrorists in the Valley, security forces have intensified anti-terror operations.

“The defence minister will be apprised about the situation along the LoC and the International Border (IB). He will also review the implementation of the ceasefire agreement signed by the two armies (India and Pakistan) in 2003 and renewed at the DGMOs meeting between the two countries in February last year,” sources added.