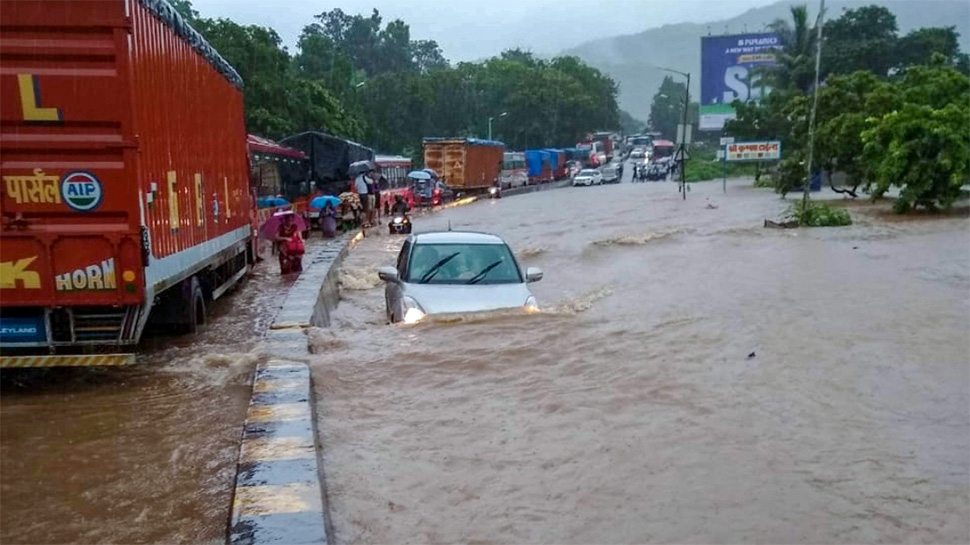 Mumbai:Rain paralysed Mumbai’s lifeline for the second consecutive day on Tuesday, forcing the suspension of Western Railway services between Virar and Vasai stations and delaying suburban trains on the Central Railway.
The India Meteorological Department (IMD) has predicted heavy to very heavy rain till Thursday. Heavy overnight rain submerged Western Railway tracks at Nallahsopara. With the water level above 200 mm, the Western Railway decided to suspend local services between Virar and Vasai stations.
It first suspended fast service at 6:30am and slow local around 7:15am. According to railway officers the tracks are flooded at various other stations beyond Virar station.
“Service of local (slow) train between Vasai and Virar is suspended until further information,” tweeted divisional railway manager of WR’s Mumbai Division
Western Railway is opening suburban services Churchgate to Borivali stations but those are up to 15 to 30 minutes late.
There is no report so far of flooding on tracks of the main, harbour and trans-harbour corridors of Central Railway. “The trains are running normally on Central Railway’s all three lines, main, harbour and trans-harbour,” Central Railway tweeted.
However, commuters complained about delay of 15-20 minutes. According to railway officers the situation could worsen during peak hours.
The rain and water logging also forced Mumbai’s famed dabbawalas to suspend their services in entire city on Tuesday.
“We did not collect the tiffins today, because of the water logging across the city. Our people find it hard to wade through their cycle in knee deep water,” Mumbai Dabbawalas Association’s spokesperson Subhash Talekar said.
Heavy rain brought Mumbai and its neighbouring areas to a standstill on Monday, flooding streets and badly affecting life and forcing the cancellation of nearly 90 trains on the suburban network. Amid torrential rain, the Tulsi lake, which supplies water to the people of the city, started overflowing on Monday.