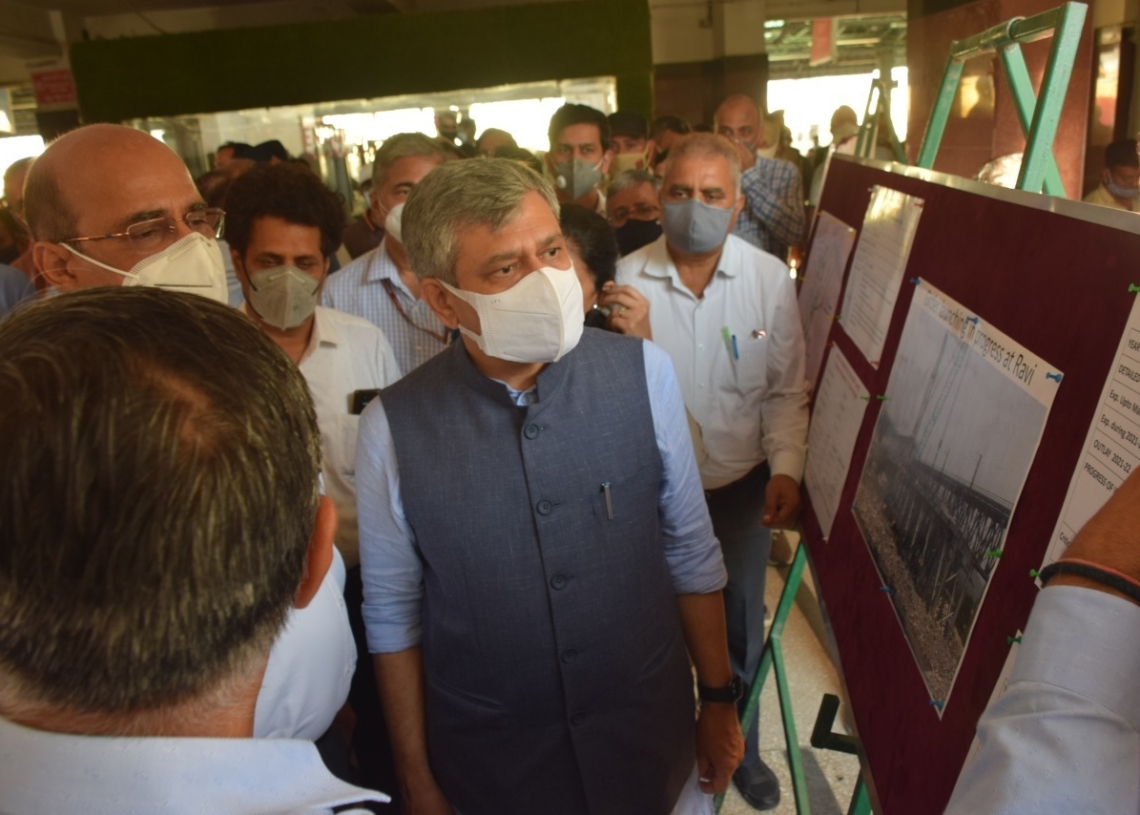 Jammu: Union Minister of Railways, Communications and Electronics & Information Technology, Ashwini Vaishnaw visited a Community Service Centre, CSC, in Janipur, Jammu and took stock of the facilities being provided to the public. His visit is part of the public outreach initiative of the Union Government for Jammu & Kashmir.

Officers from Jammu and Kashmir e-Governance Agency (JaKeGA) briefed the Union minister about the functioning of the department and its role in facilitating people with respect to government’s facilities like Ayushman Bharat PMJAY, e-Shram and other e-governance facilities.

Speaking on the occasion, the Union Minister Ashwini Vaishnaw stated that it is the government’s mission to reach ‘every last person in line’. He shed light on Pradhan Mantri Gramin Digital Saksharta Abhiyaan under which rural population is being given computer and internet literacy.

Sharing the Prime Minister’s dream of Digital India, Vaishnaw said that the government has achieved a number of landmarks for its fulfillment over the past seven years. He said that systematic surveys are being undertaken to link the remotest regions of the country through mobile and internet connectivity. ‘Universal internet access’ is the goal set by the Prime Minister, he said.

The Minister also inspected Jammu Railway Station and studied the upgradation plan for Jammu and Kathua railway stations. He assured that appropriate steps would be taken to facilitate pilgrims and tourists reaching Jammu and beyond through railways. He was accompanied by Deputy Commissioner Jammu, Anshul Garg and senior officers from Indian Railways.