Rafale aircraft to be inducted into Indian Air Force by 2022: IAF Chief 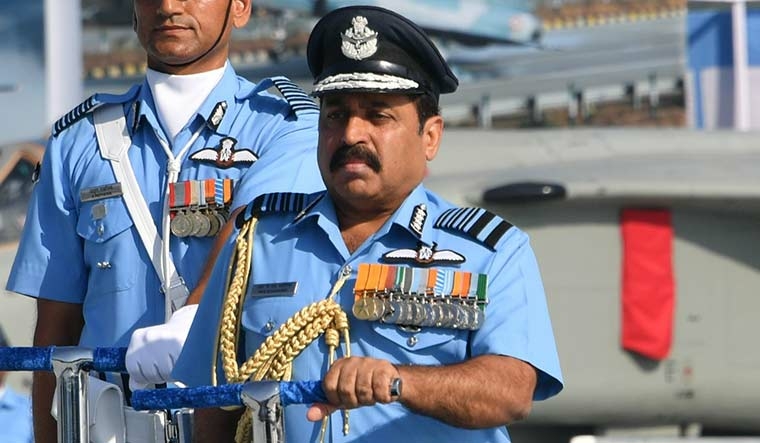 New Delhi: IAF Chief RKS Bhadauria on Saturday said the induction of 36 Rafale aircraft into the Indian Air Force would take place by 2022.
The IAF is absolutely on target with respect to the Rafale induction plan, he said while responding to a reporters’ query on timeline for receiving the 36 fighter jets from France.
“The target is 2022. It is absolutely on target. I mentioned earlier. Except for one or two aircraft, minor delays because of COVID related issues, but, in fact, some deliveries have been ahead of time.
So, broadly, we are absolutely on target on the Rafale induction plan.
On the operationalisation plan, you are aware, we are fully operational.. so, in terms of time, we will be absolutely on time,” he told reporters after reviewing the Combined Graduation Parade (CGP) at the Air Force Academy in Dundigal here.
In 2016, India had signed an inter-governmental agreement with France to procure 36-Rafale jets at a cost Rs 59,000 crore.
Defence Minister Rajnath Singh had in February said the country would have the entire fleet of the fighter aircraft by April 2022.
Asked for his assessment on the situation in eastern Ladakh on the Indo-China border, the IAF Chief said talks are on between the two sides and the first attempt is to continue with the parleys and carry out the disengagement at the “balance friction points.”
“The first attempt is to continue with the talks and do the disengagement at the balance friction points. And, of course, follow it up with de-escalation,” he said.
“However, in parallel, the ground realities are being monitored closely. Whatever is the reality across, in terms of current leftover locations, deployments, any changes, that is being monitored closely and whatever actions are required on our part, we are taking, Bhadauria said.

LG to meet DDCs, BDC, Panchayat representatives once every month