Putin by his side, PM Modi slams outside influence in internal matters 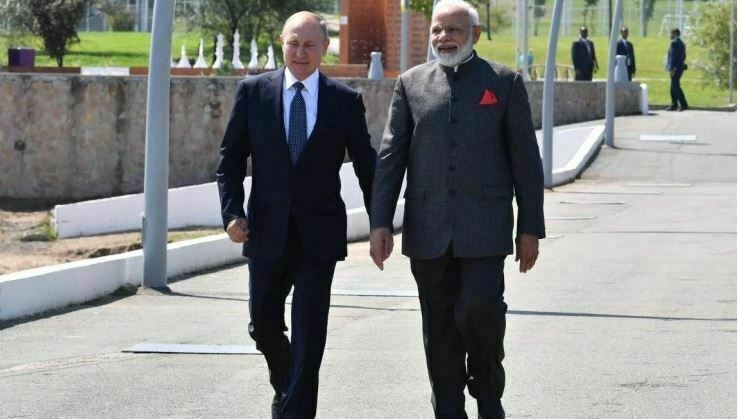 In a veiled attack on Pakistan’s effort to internationalise the Kashmir issue, with Putin by his side, Narendra Modi said: “We both are against outside influence in internal matters of any nation.”

This is the 20th Indo-Russian joint summit, said Modi as he stressed on the decades-old friendship between the two countries.

Crude import is in focus at the joint meet.

A proposal has been made to have a full-fledged maritime route that will serve as link between Chennai and Vladivostok, said Modi. He also stressed on the cooperation on nuclear technology.

“Honoured to be the first-ever Indian PM to be coming to Vladivostok. I thank my friend, President Putin for inviting me here. I remember the Annual Summit of 2001, the first one held in Russia when Mr. Putin was President and I had come in Atalji’s delegation as Gujarat CM,” Narendra Modi said.

On Day-1 of the two-day tour Narendra Modi on Wednesday attended the bilateral meeting, while on Thursday, he will attend the Eastern Economic Forum, where he is the chief guest.

Vladamir Putin, too in his turn, earlier extended Moscow’s continued support to New Delhi, and called Modi “a great friend of Russia”.

Putin said both the leaders have been in constant touch. He mentioned that the Russian military and its technical cooperation with India will be be further enhanced. He said Russia will be part of India’s navy modernisation.